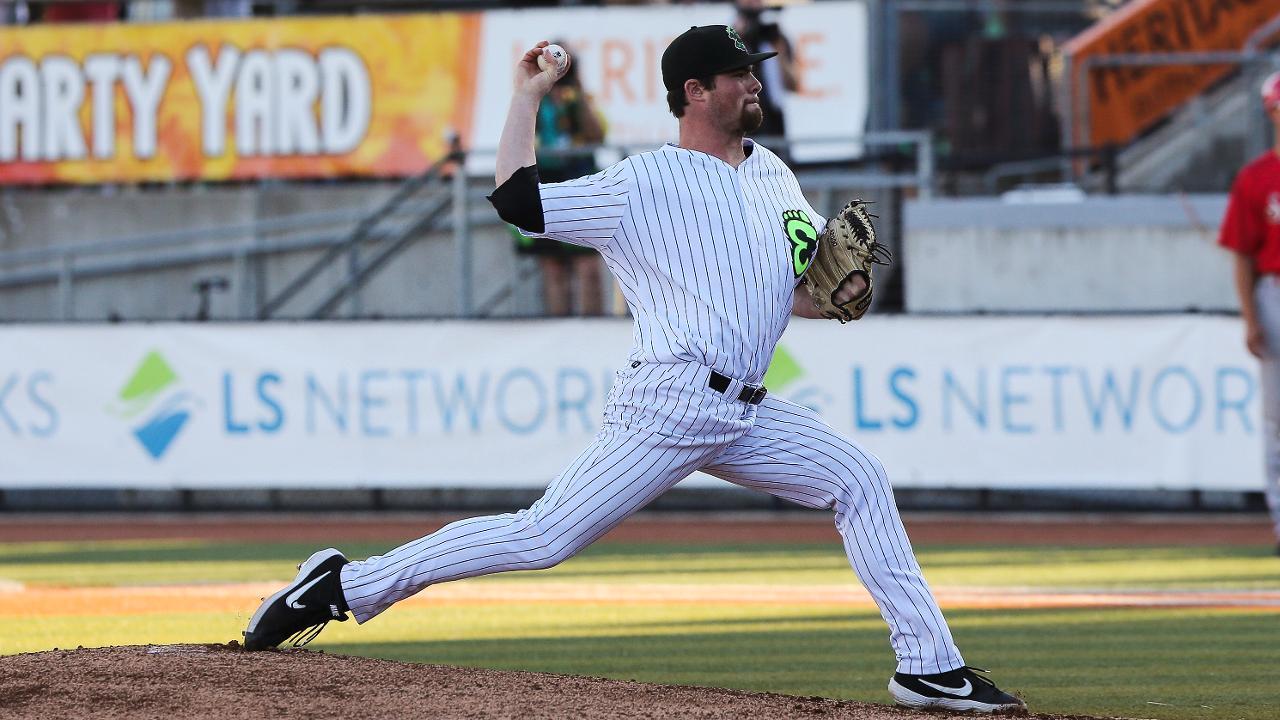 The first four innings proved to be a pitcher's duel at PK Park with Ems starter Chris Clarke firing four scoreless innings while Kervin Castro and Taylor Rashi combined to do the same for the visiting Volcanoes.

In the fifth inning, Salem-Keizer broke the scoreless deadlock by plating three runs in the frame thanks to an RBI ground rule double from Abdiel Layer and a two-RBI single from Kwan Adkins.

However, things changed when the ninth inning arrived. After mustering only one hit in the game's first eight innings, the Ems offense came to life in the ninth starting with a leadoff single from Josue Huma. Jacob Olson followed in the next at-bat with his second triple of the season to score Huma, and Soto followed Olson with an RBI single to all of the sudden make it a one-run game.

Salem-Keizer gifted Eugene the game-tying run three batters later when Luis Vazquez bounced a would-be game-ending grounder to Volcanoes second baseman Yorlis Rodriguez who then fired wide of first base to allow Vazquez to reach first and pinch runner Fernando Kelli to score all the way from second, sending the game to extra innings.

Neither offense was able to strike in the tenth, but the Volcanoes came through in the eleventh, albeit in fortunate fashion. With Jairo Pomares on third and two outs in the inning, Maikel Aguiar got Luis Toribio to swing at a third strike in the dirt, but the pitch from Aguiar found its way all the way to the backstop, thereby giving Toribio ample time to reach first while Pomares scampered home safely to put Salem-Keizer back in front, 4-3.

Eugene briefly threatened in the home half of the inning but was unable to muster more magic as the Volcanoes escaped with a 4-3 win in eleven innings.

Ems starter and 2019 4th round pick Chris Clarke was exceptional in what was likely his final outing of the season, tossing a career-high 4.0 innings with three strikeouts while allowing just two hits and one walk. Yunior Perez and Joe Nahas also impressed out of the bullpen with each firing two scoreless innings.

Despite the loss, a sold-out crowd of 4,307 fans helped clinch the fifth consecutive season that the Ems have broken PK Park's regular season attendance record. With one game still to go in the regular season, the Ems have officially had 127,465 fans pass through the PK Park gates this season, eclipsing last season's record total of 125,967.

The 2019 home schedule wraps up on Saturday night when the Ems host the Volcanoes on what is Marvel Super Hero Night at PK Park. The first 1,000 fans that enter through the home plate gate on Saturday will receive a custom Black Panther bobblehead, courtesy of Kendall Toyota. The Emeralds will also be wearing specialty Black Panther jerseys that will be available for purchase via silent auction during the game. Gates open at 6:00pm PST and first pitch is scheduled for 7:05pm PST.

You can find the full promotional schedule for the 2019 Eugene Emeralds season by visiting www.EmeraldsBaseball.com.

Tickets to Emeralds home games are on sale now at www.EmeraldsBaseball.com or by calling (541) 342-5367.