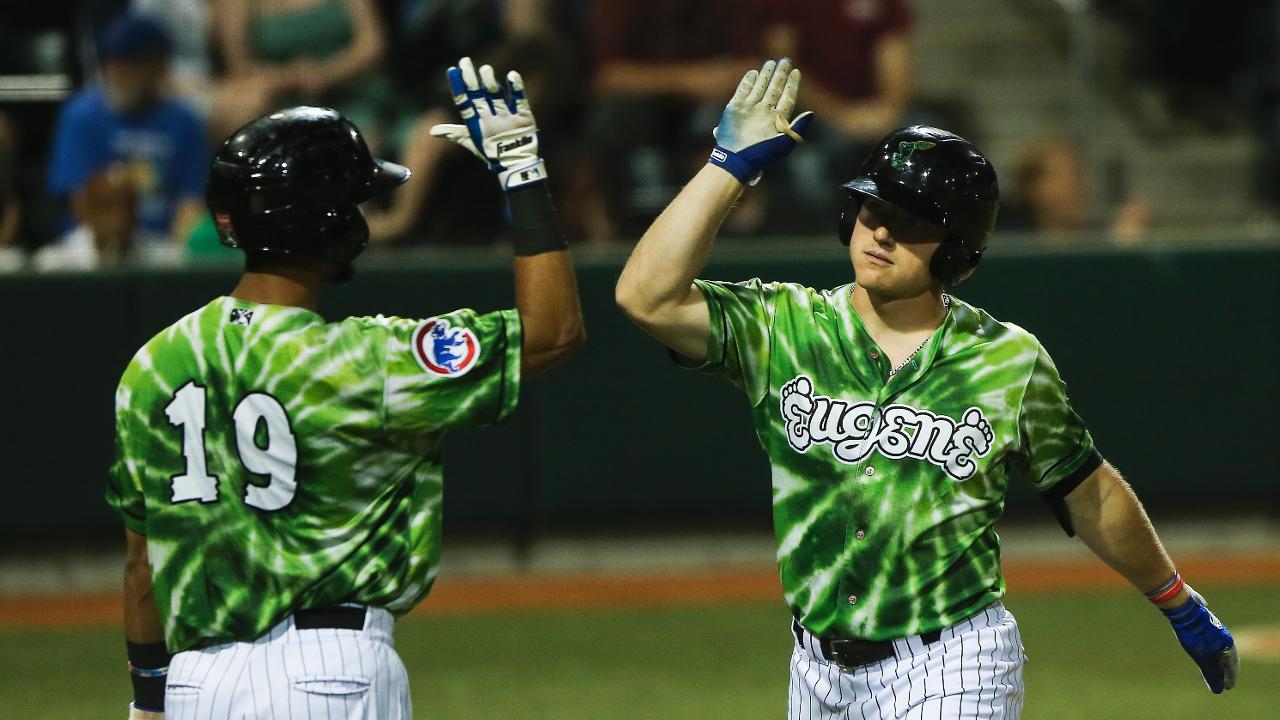 After a scoreless first inning the Ems and Volcanoes traded runs in the second, first with Salem-Keizer taking the game's first lead on a passed ball by Ems catcher Alexander Guerra before the Ems responded in the home half to tie the score thanks to a Ryan Reynolds RBI single.

Salem-Keizer retook the lead in the third behind an Alex Canario two-run home run, and they made it 4-1 one inning later when Tyler Wyatt singled home Harrison Freed.

Once again, though, the Emeralds responded in the bottom half of the inning, cutting Salem-Keizer's lead back to two when rookie Jake Washer smacked a towering solo home run to left field, the first home run of his professional career.

The Ems continued to chip away in the fifth when a Josue Huma single scored Grayson Byrd from second base to make it 4-3, and it was all tied up one inning later when Edmond Americaan singled home Yovanny Cuevas to knot the game at four runs apiece.

However, the Volcanoes wasted little time regaining the lead once more. In the top of the seventh, three straight singles to lead off the inning put Salem-Keizer back ahead, 6-5, and one batter later Carter Aldrete kicked the door open by blasting a three-run homer to left, stretching Salem-Keizer's lead to 8-4.

Eugene answered back in the bottom of the seventh thanks to a passed ball from Volcanoes catcher Matt Malkin that allowed Josue Huma to score from third, but the Ems offense couldn't muster any more runs the rest of the way while Salem-Keizer added a pair of insurance runs in the ninth to seal a 10-5 defeat for the Ems.

You can find the full promotional schedule for the 2019 Eugene Emeralds season by visiting www.EmeraldsBaseball.com.

Tickets to Emeralds home games are on sale now at www.EmeraldsBaseball.com or by calling (541) 342-5367.