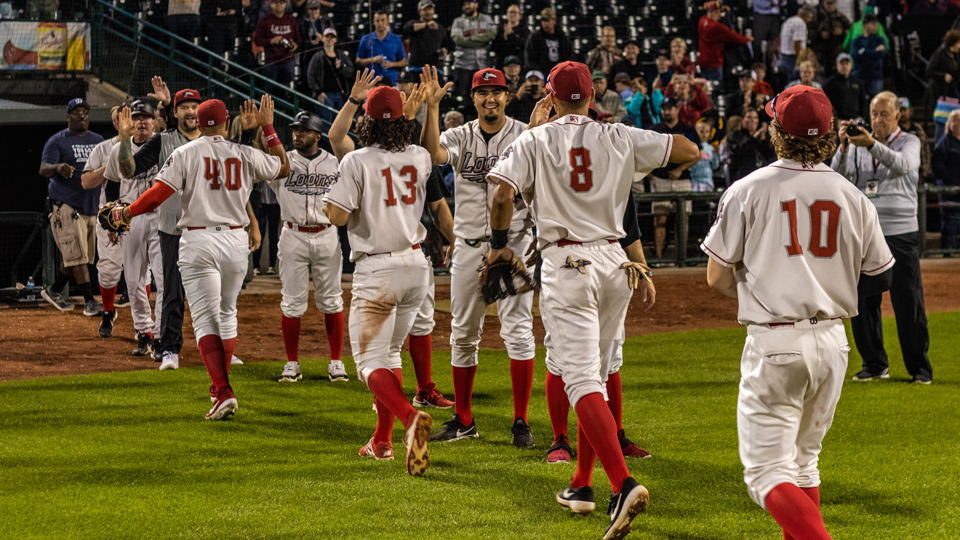 MIDLAND, Mich. -- After spoiling their first chance to advance in the Midwest League Playoffs, the Great Lakes Loons were not about to let another opportunity be missed as they played one of their best games of the season in a 5-0 victory over the Lake County Captains in Game 3 of the first round on Friday night.

Waiting for the Loons in the Eastern Division Finals is the South Bend Cubs with the series beginning on the road Saturday night. First pitch is scheduled for 7:05 p.m. and can be heard ESPN 100.9-FM. It's the fourth time Great Lakes has made it out of the division semifinals and the first time since 2016.

Entering the postseason, Chacin (W, 1-0) had allowed 14 runs in his last 16.2 innings pitched. His seven shutout frames allowing just three hits and two walks will be remembered for a long time. Aaron Ochsenbein did his part in relief tossing two perfect innings not allowing a baserunner to slam the door.

After Lewis hit .167 with one home run in 12 regular-season games with the Loons, the 2019 Los Angeles Dodgers fourth-round pick wasn't the likeliest of heroes entering the game. But he stepped up in a big way smashing two home runs, one in the 2nd inning and another in the 7th, to give the Loons all the run support they would need.

Romer Cuadrado had the only other two-hit night from either team driving in the other run for the Loons. Leonel Valera and Sam McWilliams each had doubles for Great Lakes.

NEXT UP: SOUTH BEND CUBS

Game 2 will be played at Dow Diamond on Sunday night. Gates will open at 5 p.m. with first pitch scheduled for 6:05 p.m. Tickets are on sale now.

It will be a Kids Eat Free Sunday presented by Soaring Eagle Waterpark & Hotel. They can also stay late and run the bases after the game, courtesy of Farm Bureau Insurance.