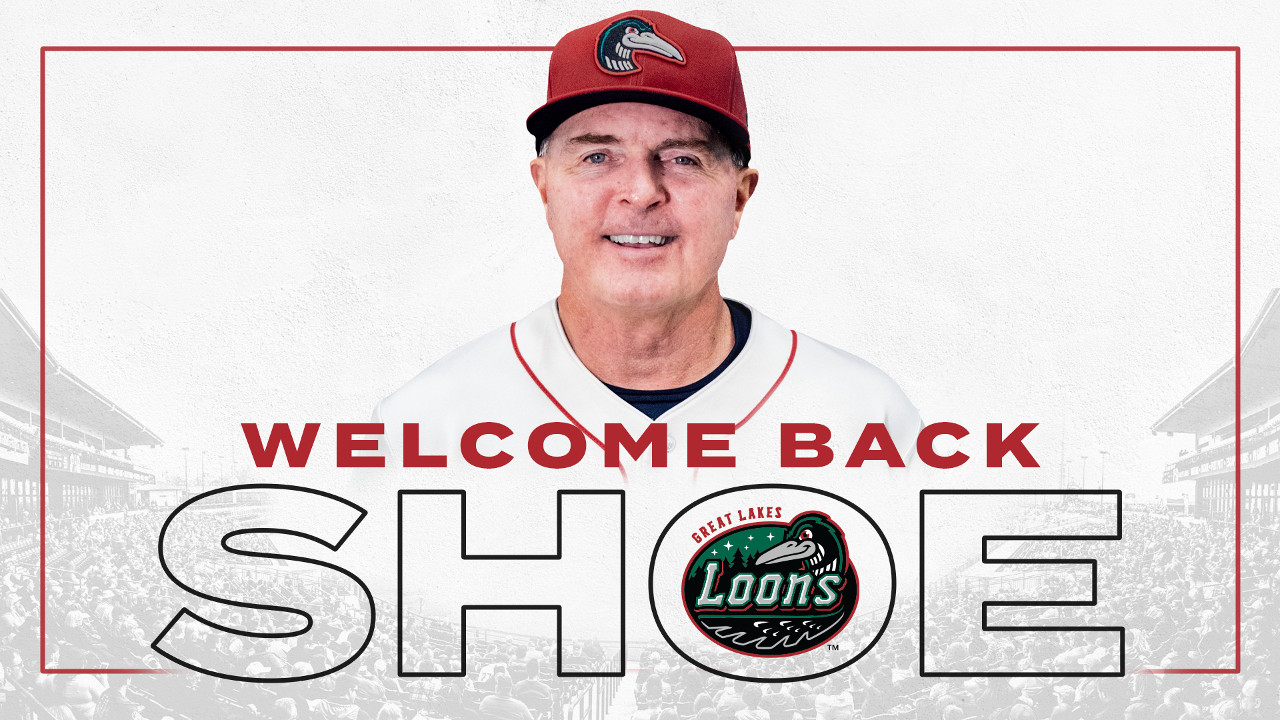 MIDLAND, Mich. -- In conjunction with the Los Angeles Dodgers, the Great Lakes Loons are pleased to announce that John Shoemaker will return to Midland in 2020 for a fifth season as the team's manager.

'Shoe' is entering his 44th season in the Los Angeles Dodgers organization and 27th season as a minor league manager. Next summer will be his third consecutive year in the Loons dugout after leading Great Lakes to back-to-back playoff appearances in 2018 and 2019. He previously spent the 2011-12 seasons as Loons manager.

"The Dodgers are fortunate to have a working agreement with the Loons who have a wonderful facility like Dow Diamond," Shoe said. "The Loons have a supportive front office staff, play in a competitive league and an enthusiastic fan base that makes Midland a great place to be. Returning to manage in the Midwest League is exciting news for me and I'm looking forward to the 2020 season."

Most recently, Shoe guided the Loons to one of their best seasons in franchise history in 2019 compiling an 81-55 record in the regular season, as well as winning the first half Eastern Division Championship to clinch their seventh postseason appearance.

He has compiled a 282-277 record in 559 games over four seasons as Loons manager and is the winningest manager in team history, with Juan Bustabad second at 225 victories. Shoe also became the second manager in franchise history to win Midwest League Manager of the Year in 2019.

It was a banner year for Shoe's career as a whole, as well, when on April 20, 2019, he earned his 1,500th career managerial win. Sitting with an impressive 1,576 career victories, Shoe ranks fifth amongst active managers in Minor League Baseball wins.

The one-time draft pick of the San Francisco Giants (26th Rd, 1974), Dodgers (35th Rd, 1977) and Chicago Bulls (6th Rd, 1978 NBA Draft), played second base in the Dodgers minor league system from 1977-80 and made it to Triple-A Albuquerque before retiring to become a minor-league hitting coach.

"We could not be happier that Shoe is coming back to Midland for another season as our manager," Loons General Manager Brad Tammen said. "I've been in baseball over 25 years and Shoe is the epitome of a professional. His love for the Dodgers runs deep and it shows when you see how much he cares about our players when they're here for the summer.

"He also cares deeply about the surrounding communities we have in the Great Lakes Bay Region and goes above and beyond to get his players involved during the limited amount of time they're here with us in Michigan."

The remaining members of the 2020 coaching staff will be announced at a later date.