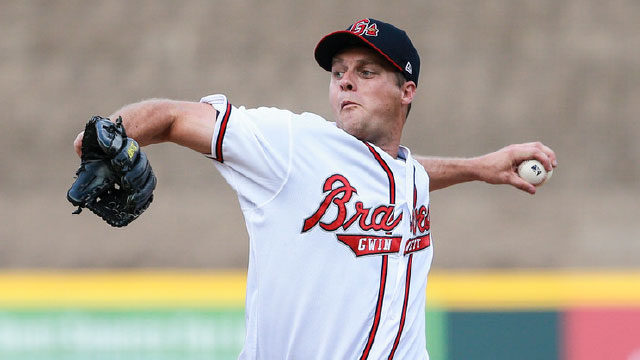 LAWRENCEVILLE, GA - The International League has named Gwinnett Braves' left-hander Andrew Albers its Pitcher of the Week for July 13-16.

Albers, 31, went 1-0 with a 0.00 ERA in one start during the abbreviated week, July 14 at Charlotte. He tossed a season-high 8.0 scoreless, four-hit innings, walked one and struck out six in a 104-pitch, 74-strike outing to lead the G-Braves to a 6-1 victory over the Knights. The win was his third straight and team-leading ninth on the season.

The Gwinnett Braves open a three-game series vs. the Lehigh Valley IronPigs tonight at Coolray Field, first pitch is scheduled for 7:05 p.m. Tickets are on sale now at the Coolray Field Ticket Office, call 678-277-0340 or visit GwinnettBraves.com/tickets to purchase.