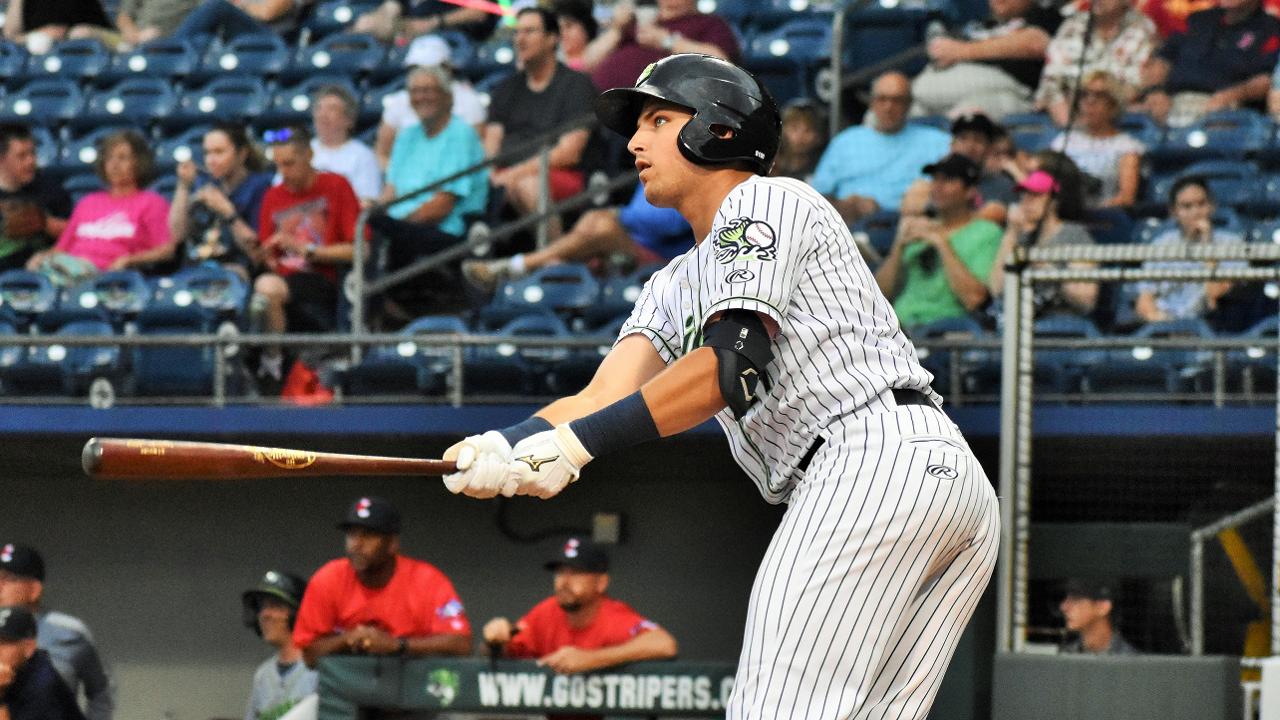 Over 400 players combined efforts to lead Gwinnett to a 700-723 record (.492) during the 2010's. With the calendar now turned to 2020, I took on the arduous task of naming a top player (or sometimes players) for each individual position covering the past 10 seasons. Please note, the players were selected based on stats from 2010-19 and do not include stats from Gwinnett's inaugural 2009 season.

Below is Part 1 of my Gwinnett 2010-19 All-Decade Team, focusing on catcher and infielders. Part 2 (outfielders, utility, and DH) and Part 3 (starting pitchers and relievers) will be out in the coming weeks.

After struggling during an injury-shortened Triple-A debut with the Stripers in 2018 (.204, three home runs in 35 games), Jackson turned in the most prodigious season by a Gwinnett catcher in history in 2019. Playing in just 85 games, he set career bests in homers (28), slugging percentage (.533), and OPS (.846), and tied his career high for RBIs (65). His 28 clouts, nine more than his previous single-season best, were tied for fifth-most in the International League and matched Ernesto Mejia (28 in 2012) for second-most by a Gwinnett hitter all-time. In addition to his knack for going deep in bunches (he had a team-high five multi-homer games), Jackson was also solid behind the plate, posting a .983 fielding percentage and a .500 caught stealing percentage (25-for-50) in his 76 starts at catcher.

Freeman and Mejia are forever linked as Gwinnett's only position players to win International League Rookie of the Year.

Albies reached Gwinnett in only his third professional season in 2016 but hit just .248 in 56 games as a 19-year-old. A mid-summer demotion to Double-A Mississippi primed him for vastly improved Triple-A results in 2017. The Curacao native batted .285 with 21 doubles, a club-record eight triples, nine homers, 67 runs scored, 41 RBIs, and 21 stolen bases over 97 games, earning selection to both the International League Midseason and Postseason All-Star teams. Despite being called up by Atlanta for his Major League debut on August 1, he ranked among IL leaders in triples (T-1st), batting (7th), and steals (T-7th). Albies was named Gwinnett's 2017 Player of the Year by the Braves, his final season with the club.

Blanco became the first Gwinnett infielder to tally 200 total bases in one season (201), just the ninth instance of 200 total bases by a player in club history. The 35-year-old's career-high 19 homers in 2019 were nine more than his previous single-season best, and his 78 runs scored were sixth-most in the International League.

Before a position change to the outfield that facilitated his call-up to Atlanta last May, Riley served as Gwinnett's regular third baseman for 101 games from 2018-19. He joined the Stripers as a 21-year-old Triple-A rookie in 2018, batting .282 with 17 doubles, 12 homers, 47 RBIs, and an .810 OPS in 75 total games. On May 13, 2018, he produced arguably the most impressive offensive performance in Gwinnett franchise history, tying club single-game records in homers (3) and RBIs (8) as he went 4-for-5 in a 10-0 rout of Norfolk. Riley returned to Gwinnett as a member of the Opening Night roster in 2019 and opened the season on a tear, batting .299 with 10 doubles, 15 homers, 39 RBIs, and a 1.057 OPS in his first 37 games. He tied Gwinnett's single-month home run record with 10 in May despite playing in just 13 games, becoming one of only four players in club history with a 10-homer month. At the time of his Major League promotion on May 15, he was leading the International League in homers (15), extra-base hits (25), total bases (98), runs (32), and RBIs (39). Following mixed offensive results with the Braves, he returned to the Stripers in August and finished the year with a .293 average, .626 slugging percentage, and .992 OPS in 44 total games.