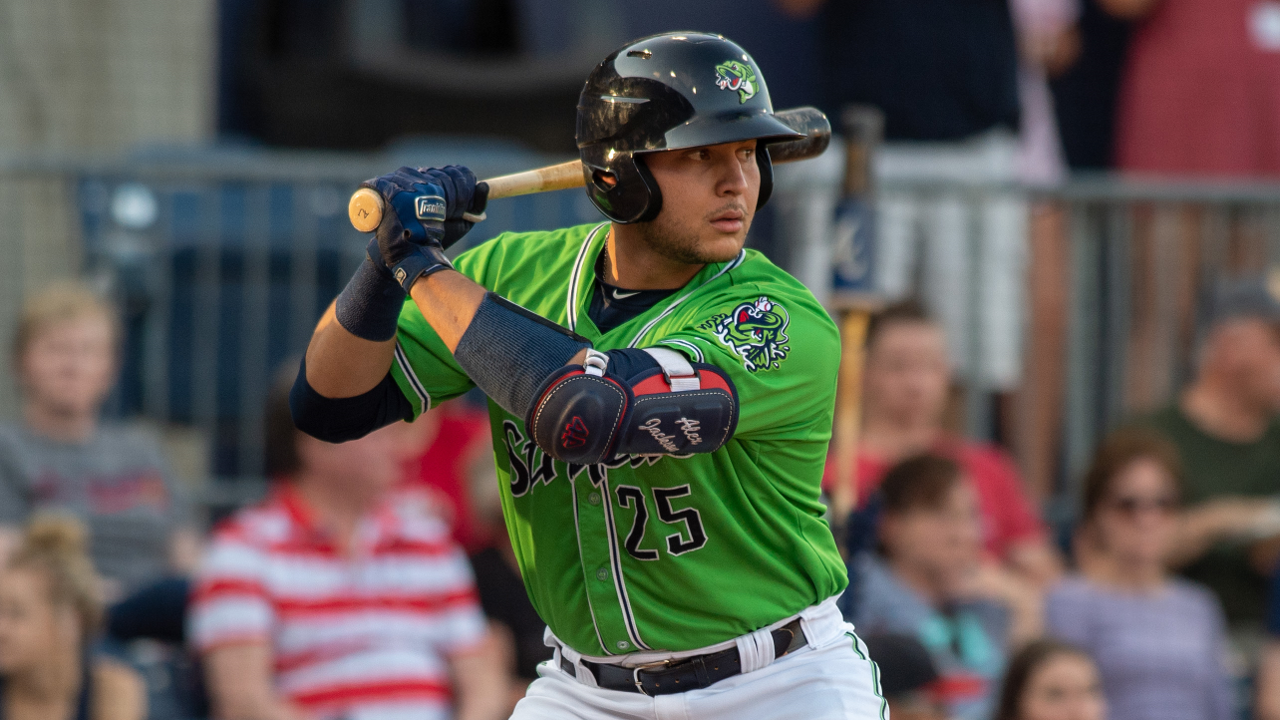 CHARLOTTE, NC - The Charlotte Knights (50-40) slugged their way past the Gwinnett Stripers (51-39) by a 15-12 score Thursday night in game one of the four-game series at BB&T Ballpark. Stripers' catcher Alex Jackson homered twice and collected a career-high six RBIs in the loss.

Scoring Recap:  The Stripers took a 1-0 lead in the top of the first inning as Jack Lopez (7) hit a solo home run off Charlotte starting pitcher Donny Roach. Pedro Florimon broke a 1-1 tie with an RBI single to put Gwinnett up 2-1 in the second, but the Knights responded with two runs in the second and six more in the third to go up 9-2. The big blow in the third was a grand slam by Chicago White Sox top prospect Luis Robert (1). The Stripers closed to within 9-7 on a two-run homer by Jackson (16) in the fifth, but Charlotte pulled away again in the bottom of the fifth. A two-run homer by Trey Michalczewski (2) and a solo shot by Robert (2) gave the Knights a 12-7 lead. Jackson (17) belted a three-run homer in the sixth to cut the deficit to 12-11, but Charlotte added three runs in the bottom of the sixth to make it 15-11. An RBI single by Luis Marte made it 15-12 in the ninth.

Stripers Stats: Bryse Wilson (L, 4-7) was tagged for nine earned runs on eight hits in 2.2 innings. Four relievers combined to allow six runs over the final 5.1 innings. In addition to Jackson's 4-for-5 effort, Rafael Ortega was 4-for-5 with two doubles and three runs, and Lopez was 3-for-5 with a homer and two RBIs.

Knights Stats: Roach lasted only 4.1 innings with 12 hits and seven earned runs in a no-decision. The win went to Matt Foster (W, 4-1), who was one of four pitchers used out of the bullpen. He worked 1.0 scoreless inning with one hit and two strikeouts. Robert, playing in his first Triple-A game, was 3-for-5 with two homers and seven RBIs. Danny Mendick was 4-for-5 with a double and three runs.

Postgame Notes: Atlanta Braves' outfielder Ender Inciarte, playing in his first rehab game with Gwinnett this season, went 0-for-5. The Stripers' 18 hits were a season high, but the club also matched a season high with 15 runs allowed. Gwinnett leads Charlotte by 1.0 game for the International League Wild Card spot.