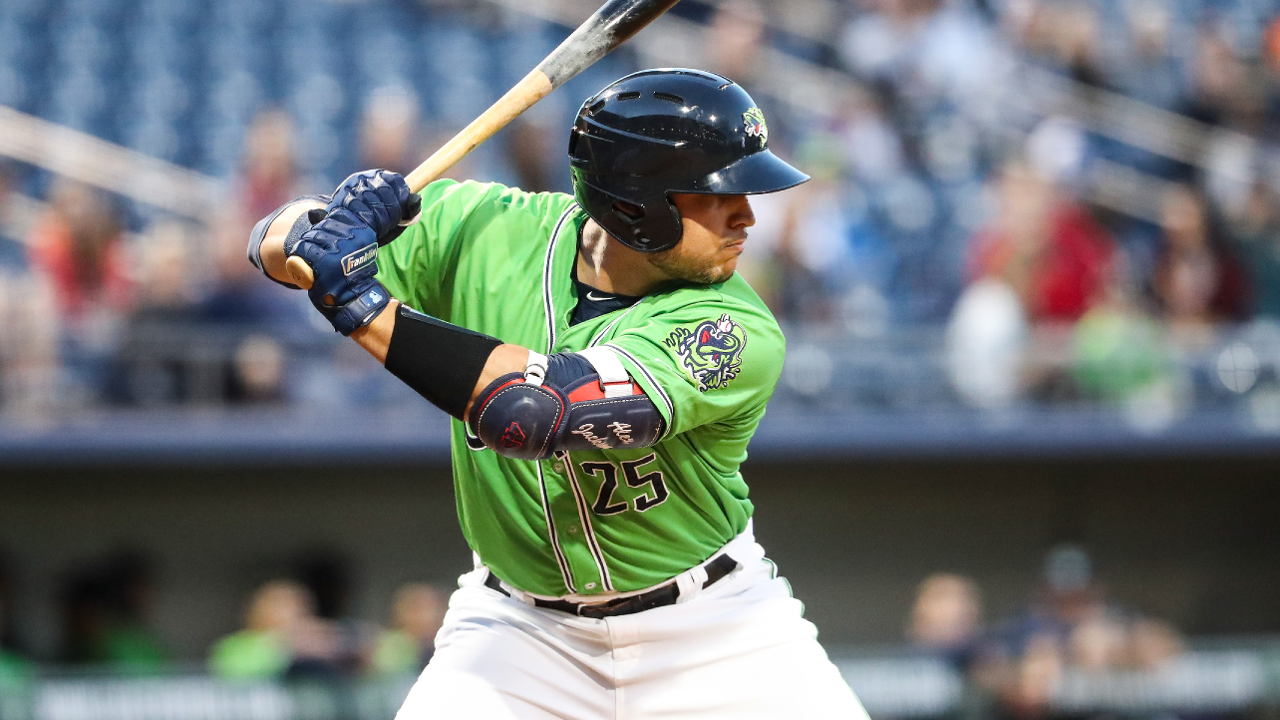 Alex Jackson homered for the third time in his last three games on Saturday in Charlotte. (Chris Roughgarden)

CHARLOTTE, NC - The Gwinnett Stripers (53-39) beat the Charlotte Knights (50-42) 8-5 on Saturday night in game three of a four-game series at BB&T Ballpark. Alex Jackson went 2-for-5 with a home run and four RBIs, helping Mike Foltynewicz earn his third Triple-A win of the season.

Scoring Recap: The Stripers took a 3-0 lead in the first inning on an RBI fielder's choice by Travis Demeritte and RBI singles from Jonathan Morales and Jackson. After Charlotte cut the lead to 3-1 in the bottom of the first, Rafael Ortega (18) cracked a solo home run to right in the third to make it 4-1. Foltynewicz gave up a run in the third and two more in the fourth to tie the game at 4-4. A bases-loaded single by Ender Inciarte put Gwinnett up 5-4 in the seventh. An inning later, Jackson (18) drilled a three-run homer to left for an 8-4 lead. Ryan Goins (9) led off the bottom of the ninth with a solo homer, but the Knights could get no closer.

Stripers Stats: Foltynewicz (W, 3-1) allowed four runs on nine hits over 5.0 innings and struck out four. Corbin Clouse (H, 4) struck out five over 2.0 scoreless innings. Dan Winkler pitched a scoreless eighth and Rafael De Paula allowed one run in the ninth. In addition to Jackson's big night, Morales was 3-for-4 with an RBI and Inciarte was 2-for-5 with an RBI.

Postgame Notes: Jackson has three homers and 10 RBIs over the first three games of the series at Charlotte. Ortega is 8-for-13 with two homers and four RBIs in the series. The Stripers rank second in the International League with 145 homers in 92 games this season, including 32 in 19 games since June 23. Gwinnett leads Charlotte by 3.0 games for the top spot in the IL Wild Card standings.