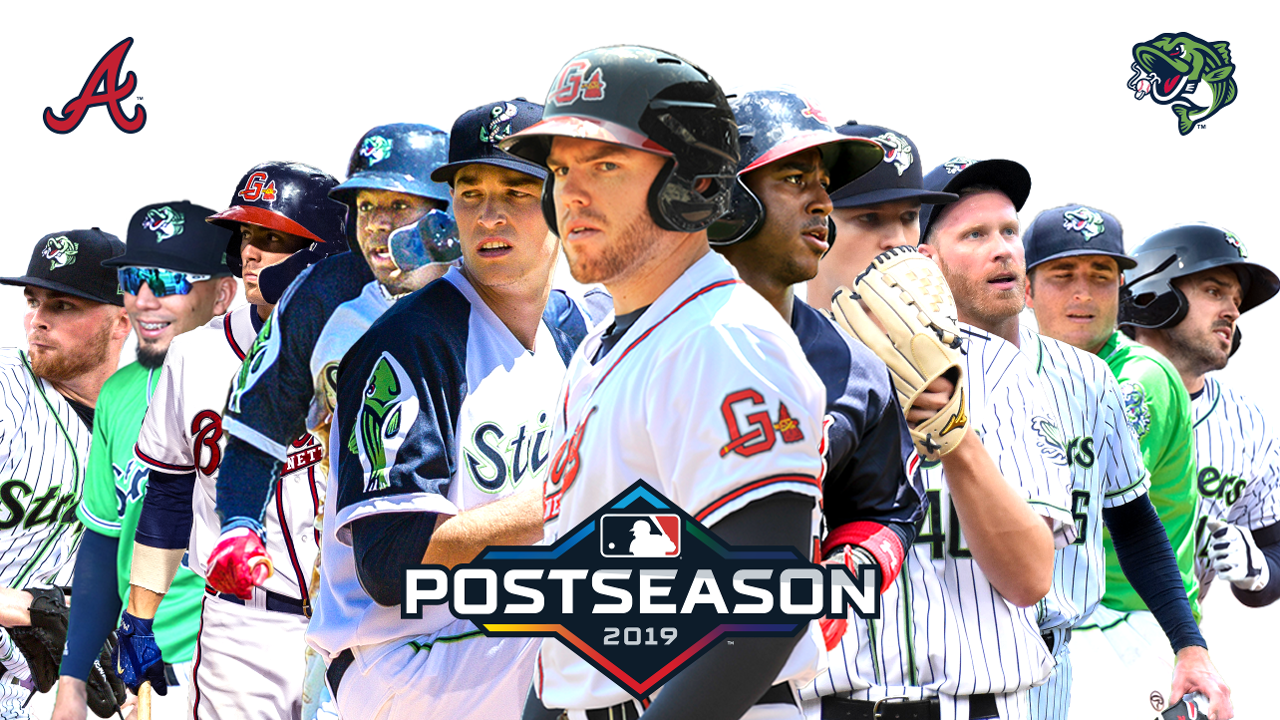 Freddie Freeman, Max Fried, and Ozzie Albies are just three of the 14 former Gwinnett players on the Braves' 2019 NLDS roster.

The Atlanta Braves announced today their 25-man roster for the National League Division Series vs. the St. Louis Cardinals, and 14 of the players set to suit up for the NL East Division champions are former Gwinnett Braves/Stripers.

O'Day's long-awaited return from a right forearm strain included an August/September rehab stint with the Stripers in which he logged 2.0 scoreless innings across two relief appearances. The Braves activated him from the 60-day injured list on September 5, and the submariner had a strong finish to the regular season, going 0-0 with a 1.69 ERA, .158 BAA, and 0.75 WHIP in eight outings.

Duvall, optioned to Triple-A on March 24 after struggling in Spring Training, put together a historic season for the Stripers. He set Gwinnett single-season records in home runs (32), RBIs (93), slugging percentage (.602), and OPS (.966), batting .266 in 101 games across two stints with the club. Duvall was selected to the International League Postseason All-Star Team after ranking among league leaders in slugging percentage (1st), homers (2nd), RBI (2nd), OPS (2nd), extra-base hits (T-6th, 56), and total bases (9th, 222). The Stripers went 24-5 (.828) in 29 games when he homered, a major reason why Gwinnett finished with an 80-59 record to win the IL South Division title. Duvall supplied similar power in his limited action with Atlanta this season, hitting 10 homers in 41 games while batting .267 with an .882 OPS.

Former Gwinnett manager Brian Snitker (2014-16) and former Gwinnett pitching coach Marty Reed (2011-16) will lead the Braves into Game 1 of the best-of-five NLDS tonight vs. St. Louis, first pitch scheduled for 5:02 p.m. at SunTrust Park. Dallas Keuchel, who nearly made his Atlanta organization debut with the Stripers in June, gets the Game 1 start.