Stripers Hang On to Beat Durham 3-2 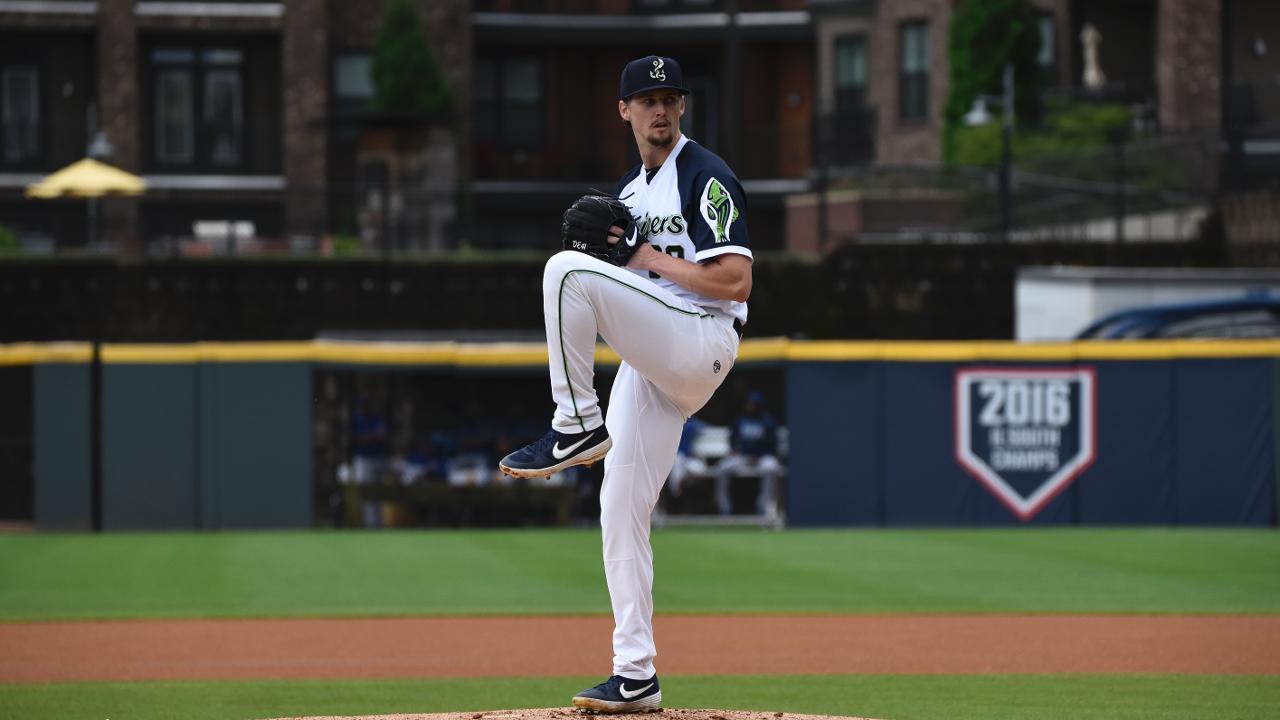 DURHAM, NC - Solo home runs from Adam Duvall and Drew Waters, and 7.0 innings of two-run baseball from Kyle Wright propelled the Gwinnett Stripers (79-58) to a 3-2 win over the Durham Bulls (73-63) on Saturday night in game two of a four-game series at Durham Bulls Athletic Park.

Scoring Recap: The Stripers took a 1-0 lead in the fourth inning on a long drive down the left field line by Duvall (32) off Josh Fleming. Durham tied it at 1-1 in the bottom of the fourth on an RBI double by Emilio Bonifacio, but Gwinnett moved back ahead in the fifth as Drew Waters (2) belted a line drive homer to left off Fleming. Jonathan Morales extended the lead to 3-1 with an RBI single in the sixth. The Bulls made it a one-run game on an RBI single by Mac James in the seventh, but drew no closer as Caleb Thielbar (S, 5) pitched 2.0 scoreless innings.

Stripers Stats: Wright (W, 11-4) became the first International League pitcher to reach the 11-win mark this season as he held the Bulls to two runs on six hits, walked three, and struck out nine over 7.0 innings. Thielbar, acquired by Atlanta earlier in the day via trade with Detroit, struck out two over 2.0 innings in his Stripers debut. Duvall went 2-for-3 with a triple, homer, and one RBI, Waters went 1-for-5 with a homer and one RBI, and Morales went 3-for-4 with one RBI.

Bulls Stats: Brendan McKay started and struck out eight over 3.0 scoreless, one-hit innings. Fleming (L, 1-3) yielded three runs on seven hits over 3.2 innings. James went 2-for-4 with one RBI, and Bonifacio went 1-for-3 with a double and one RBI.

Postgame Notes: Wright is 8-0 with a 2.57 ERA in his last 12 starts with Gwinnett since June 14. Duvall's solo homer drove in his 93rd RBI of the season, giving him Gwinnett's single-season RBI record (Ernesto Mejia had previous record of 92 RBIs in 2012). Ryan LaMarre went 2-for-5 to extend his on-base streak to 34 games, the IL's longest active streak. Johan Camargo went 0-for-4, snapping his 16-game hitting streak.