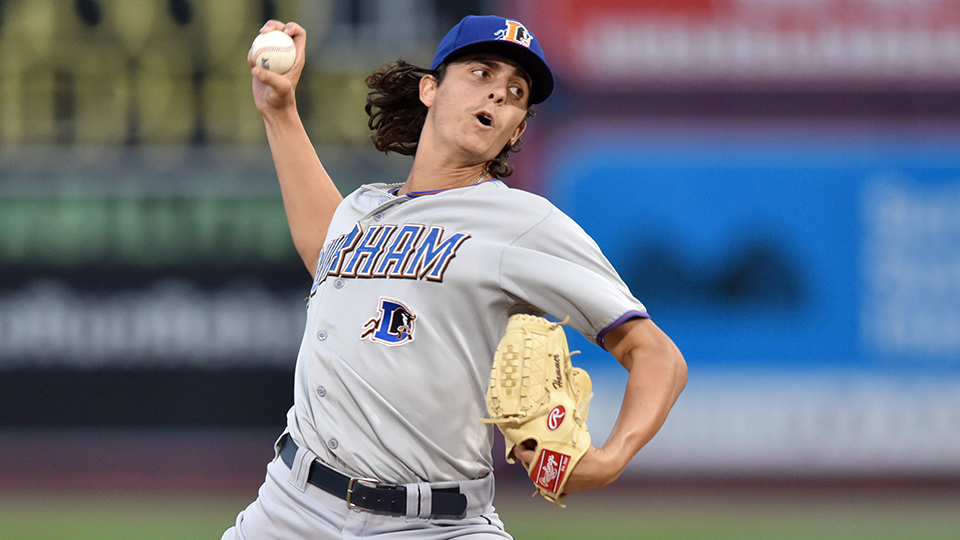 Brent Honeywell was named MVP of the 2017 All-Star Futures Game after striking out four in two scoreless innings. (Ken Inness/MiLB.com)

If everything went according to plan, Brent Honeywell would complete his recovery from Tommy John surgery and return to an accelerated path to the big leagues. Instead, he will miss a second straight season.

The Rays announced Saturday that their second-ranked prospect fractured a bone in his right elbow while throwing a bullpen session in Port Charlotte, Florida, and will undergo season-ending surgery on Monday. Honeywell had been working his way back after sitting out all of last year following Tommy John surgery.

News of this latest setback was first reported by the Tampa Bay Times' Marc Topkin.

Tweet from @juanctoribio: #Rays announce Brent Honeywell will miss the rest of the season after suffering a fracture on the inside of the elbow. Will undergo surgery on Monday and they will have a timetable after surgery.

Before the injuries, Honeywell quickly rose from the 72nd overall pick in the 2014 Draft to the brink of the big leagues. MLB.com's No. 25 overall prospect finished 2016 -- his second full season -- with a 2.34 ERA and 117 strikeouts over 115 1/3 innings with Class A Advanced Charlotte and Double-A Montgomery. The right-hander earned a promotion to Triple-A Durham after two starts the following spring and went 12-8 with a 3.64 ERA, 1.30 WHIP and 152 punchouts against 31 walks over 123 2/3 innings.

He never got the chance to take that next step in 2018, with the Rays learning on the opening day of Grapefruit League play that the Georgia native tore the ulnar collateral ligament in his pitching elbow and required Tommy John surgery.