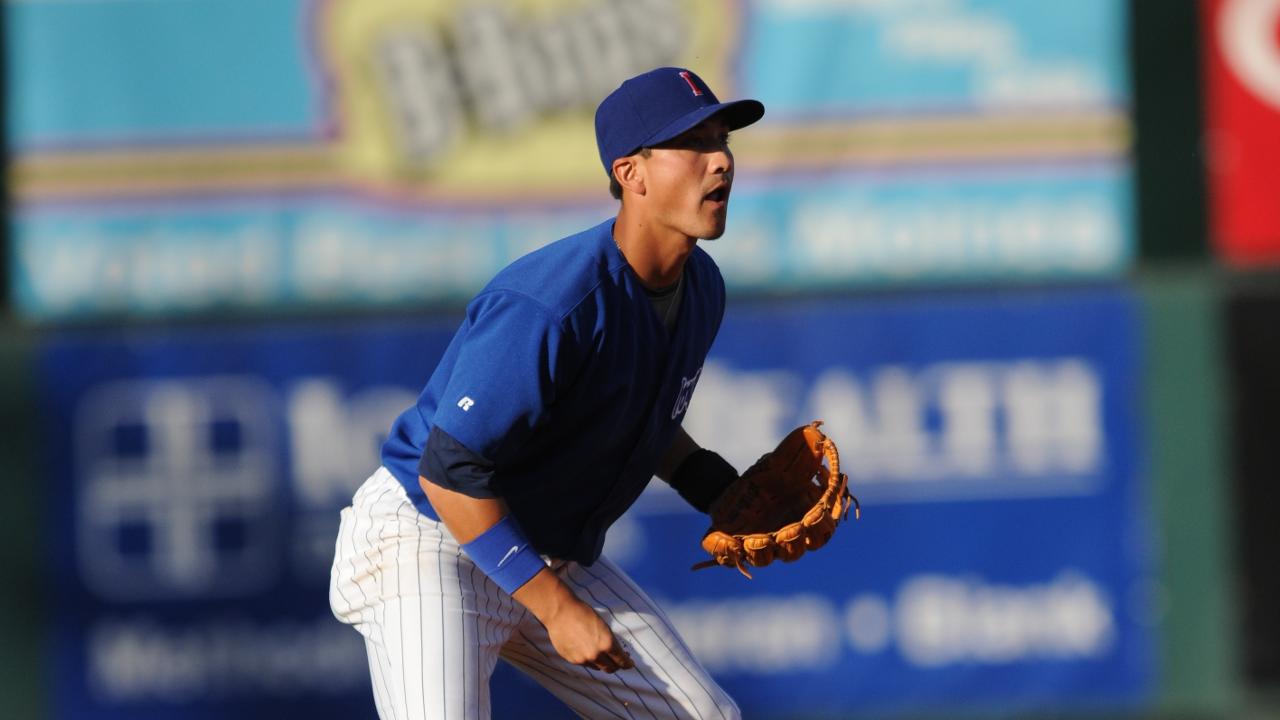 Former Iowa Cub Darwin Barney has been named the 2020 manager of the Nashville Sounds, a Texas Rangers affiliate. The infielder transitions to the dugout after playing 11 professional seasons, including parts of eight major league campaigns.

Barney, 34, was selected by the Cubs in the fourth round of the 2007 draft out of Oregon State where he helped the Beavers to back-to-back College World Series titles in 2006 and 2007. The then-21-year-old made his professional debut in the same year and by 2009 he had cracked Iowa's roster.

Barney was best known for his glovework, capturing a 2012 Gold Glove at second base. That season, he tied the major league single-season record with 141 consecutive games at second base without an error. Barney became the first Cub second baseman to win a Gold Glove since Ryne Sandberg in 1991.

On July 28, 2014, Barney was traded to the Dodgers for a player to be named later - righty Jonathan Martinez. He would go on to log time with Los Angeles (2013-15) and Toronto (2015-17) before hanging up his cleats after attending spring training with the Rangers in 2018. Barney wrapped his career with a .246 batting average and a .984 fielding percentage over 814 major league games.