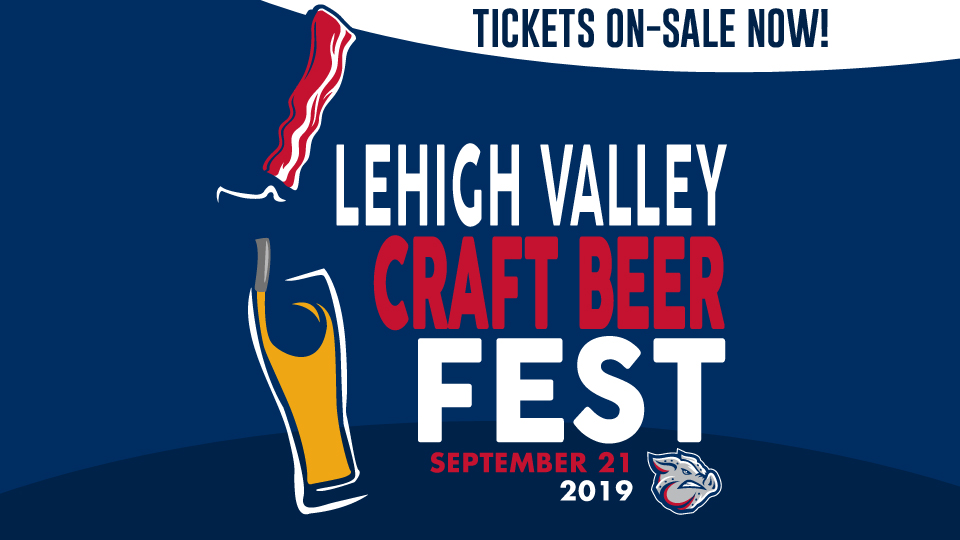 Tickets for the three-hour session are available now for just $35. Guests seeking an upgraded experience can purchase a $45 VIP ticket that adds an hour to the event, making it a 2-6 p.m. session.

Tickets are also available for designated drivers, who will receive complimentary soda and still have access to the exciting variety of food trucks. Those $5 tickets grant guests access beginning at 2 p.m.

Visit CocaColaParkEvents.com and keep an eye on our social channels for updates on this year's list of breweries.

Food Trucks will be in attendance plus Lehigh Valley IronPigs Concessions will be open for fans to purchase their food choices.

The Colour Sound and Dead Jimmy are scheduled to perform live during the event.

Please note that you must be 21 or older to attend. Vendors looking to participate with beer or bacon-themed fare should contact Allison at avalentine@ironpigsbaseball.com.

To purchase tickets for the Lehigh Valley Craft Beer Festival, visit CocaColaParkEvents.com, call (610) 841-PIGS (7447) or visit the Coca-Cola Park ticket office during normal business hours (Mon.-Fri. 9 a.m. to 5 p.m.; Sat., 10 a.m. to 2 p.m.). The total number of participants will be limited for this event so act now to guarantee your tickets. Nearly 2,000 guests attend the festival each fall.