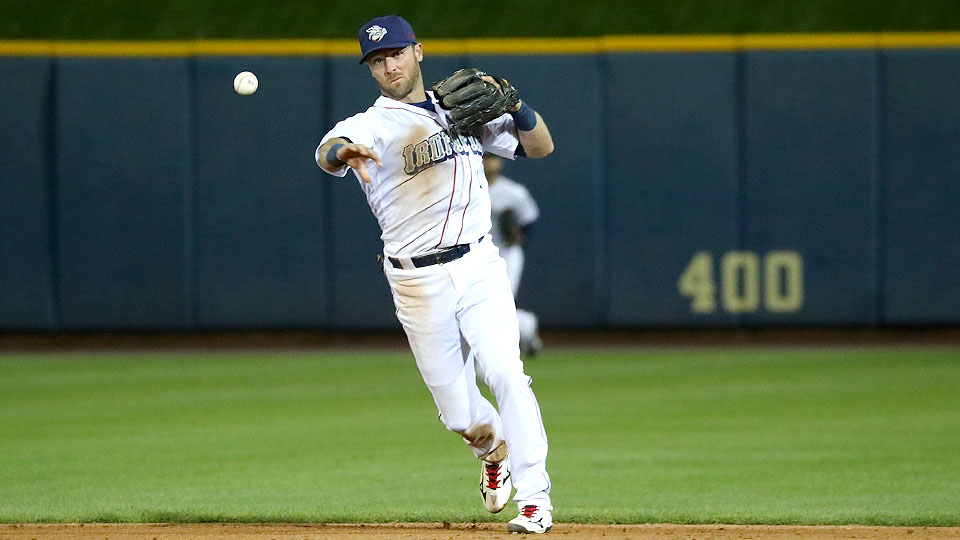 The Lehigh Valley IronPigs (16-7) got a solid outing out of Cole Irvin on Monday night, but it wouldn't be enough as the Syracuse Mets won 7-4. The Mets rallied back from a 4-1 deficit.

Adeiny Hecchavarria put Syracuse on the scoreboard in the top of the first inning with an RBI double. Lehigh Valley tied the game at 1-1 in the bottom of the second inning as Andrew Romine scored on a ground-ball double play.

Deivy Grullon continued his hot-hitting ways by putting the IronPigs ahead 2-1 against Zach Lee in the bottom of the fourth inning. He hit an RBI single that scored Dylan Cozens. Malquin Canelo extended the lead to 4-1 with a two-run double.

Dilson Herrera hit a two-run home run off Irvin in the top of the sixth to cut the IronPigs lead to 4-3. Irvin allowed three runs off eight hits in six innings with four strikeouts.

Yacksel Rios (0-1) and Tom Windle each allowed two runs in the eighth and ninth innings respectively that allowed Syracuse to take the lead and win the game.

Tyler Bashler (2-1) earned the win for Syracuse while Arquimedes Caminero earned the save for the Mets.

The IronPigs and Syracuse Mets will play at 7:05 p.m. on Tuesday evening at Coca-Cola Park. Before the game, 3,000 adults (18 and older) will receive a Matt McBride bobblehead presented by Lutron.