IronPigs homer their way to victory in Charlotte 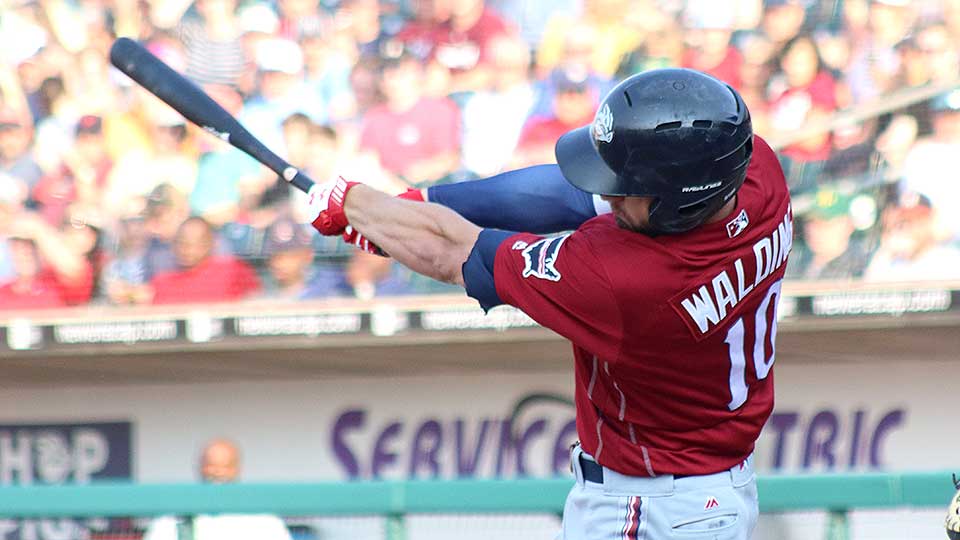 The Lehigh Valley IronPigs (21-18) blasted five home runs in their 10-8 victory Saturday evening at BB&T Ballpark against the Charlotte Knights (22-18).

Drew Anderson got the start for the Lehigh Valley and struggled as he only managed to pitch 4 1/3 innings. He issued a career-high eight walks while allowing five runs off five hits. Adam Engel hit a solo home run off Anderson in the bottom of the second inning to give Charlotte a 1-0 lead.

Deivy Grullon gave the IronPigs a 3-1 lead by hitting a three-run home run off Justin Nicolino in the top of the third inning. The Knights would score four runs in the bottom of the fifth inning to take a 5-3 lead. Zack Collins and Alfredo Gonzalez both walked with the bases loaded. Ryan Goins hit an RBI single, while Collins scored on a wild pitch.

Mitch Walding blasted a three-run home run off Nicolino in the top of the sixth inning to give Lehigh Valley a 6-5 lead. The home run was Walding's fifth of the season. Charlotte answered with two runs off Kyle Dohy in the bottom of the sixth inning to re-take the lead, 7-6. Daniel Palka homered, and Collins hit a sacrifice fly to score Matt Skole.

Tom Windle (2-0) pitched two scoreless innings in relief before Luke Leftwich gave up a run in the bottom of the eighth. Palka homered for the second time in the game to cut Lehigh Valley's lead to 10-8. Yacksel Rios recorded the final four outs of the game to earn his third save of the season.

The IronPigs and Knights play on Sunday afternoon at 2:05 p.m.