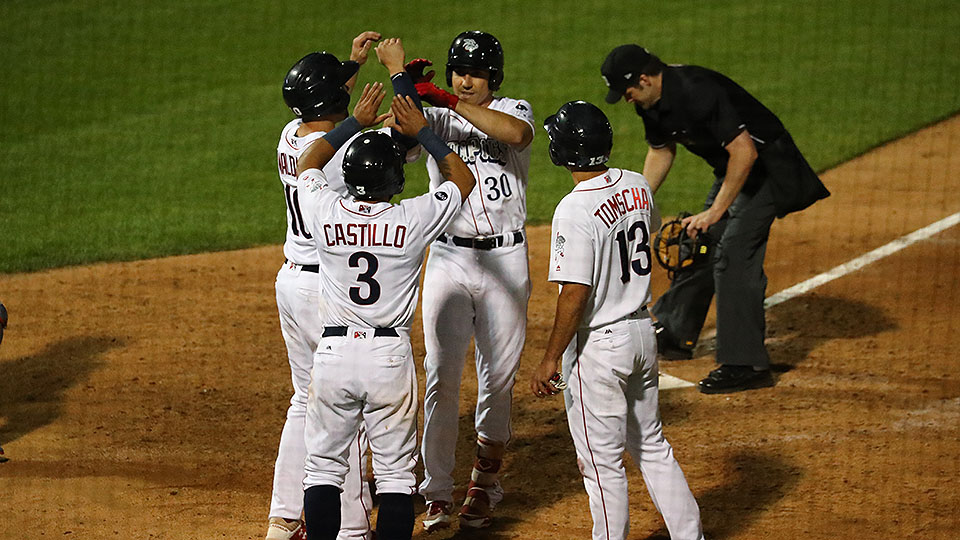 Syracuse jumped out to a 1-0 lead against Nick Pivetta (4-1) in the top of the first inning. Gregor Blanco scored on a sacrifice fly hit by Rene Rivera. Matt McBride tied the game at 1-1 for the IronPigs in the bottom of the second inning as he hit an RBI single off Corey Oswalt (4-1).

Mitch Walding broke the 1-1 tie in the bottom of the fourth as he hit a solo home run off Oswalt. The Mets answered with two runs in the top of the fifth inning off Pivetta as Rivera hit a two-run single to score Oswalt and Rajai Davis.

Deivy Grullon put the IronPigs back ahead by 4-3 in the bottom of the inning as he hit a two-run single to score Malquin Canelo and Lane Adams.

Pivetta left the game after five innings, in which he allowed three runs off three hits with four walks and five strikeouts. Seth McGarry pitched a scoreless top of the sixth inning while Austin Davis recorded two scoreless innings in relief of McGarry.

The Pigs scored five runs off Paul Sewald in the bottom of the eighth inning, highlighted by a Matt McBride grand slam.

Yacksel Rios pitched a scoreless top of the ninth inning to secure the win for Lehigh Valley.

The IronPigs and Mets play on Wednesday night at 7:05 p.m. against the Mets.