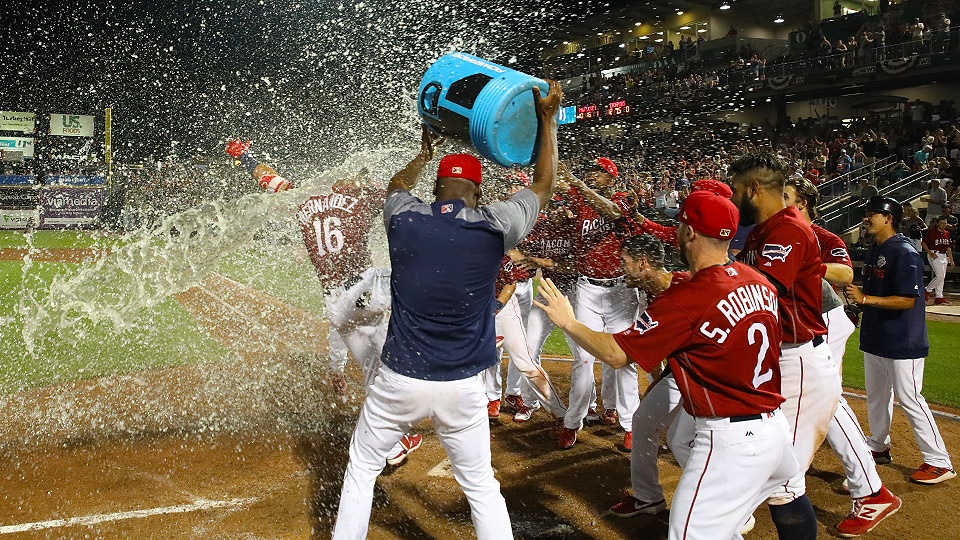 The Lehigh Valley IronPigs (41-42) scored six runs in the bottom of the ninth inning to defeat the Pawtucket Red Sox (33-51) 12-10 on Thursday night. Jan Hernandez hit a walk-off three-run home run off Jordan Weems (0-1) to cap off the rally.

Austin Listi got the IronPigs on the scoreboard in the bottom of the first inning as he hit an RBI single off Ryan Weber. The PawSox scored five runs off Cole Irvin in the top of the second inning to take a 5-1 lead. Cole Sturgeon hit a two-run single that was followed up by a three-run home run by Oscar Hernandez.

Mitch Walding hit an RBI single off Weber to score Ali Castillo in the bottom of the second inning. Castillo hit at two-out triple in the prior at-bat. Pawtucket grabbed another run against Irvin in the top of the fourth inning as Chris Owings hit a sacrifice fly to extend their lead to 6-2.

Irvin was chased out of the game with two outs in the top of the fifth inning. Jantzen Witte homered and Hernandez hit a two-run double to give Pawtucket a 9-2 lead. Connor Brogdon gave up a two-run double to Owings that gave the PawSox a 10-2 lead.

The Pigs and PawSox play on Friday night at 7:05 p.m. at Coca-Cola Park.