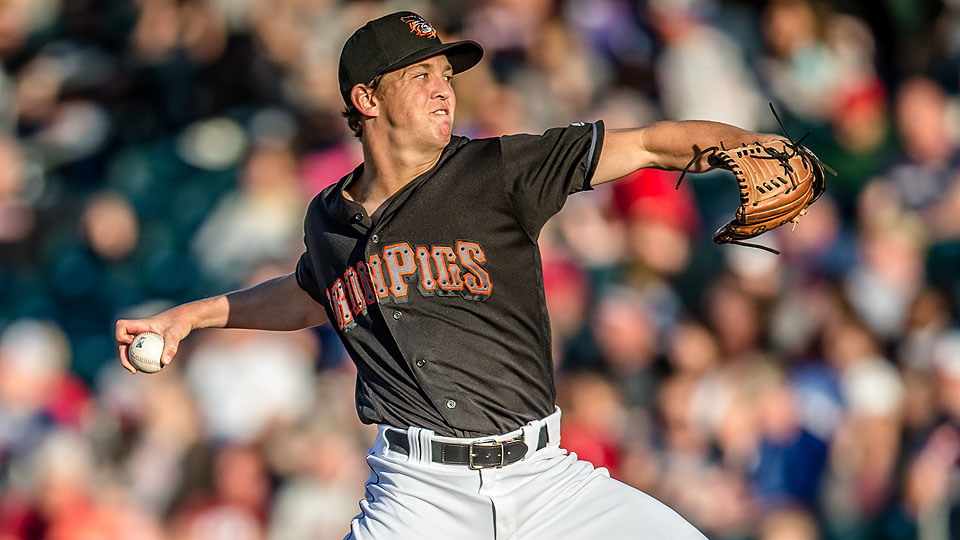 Deivy Grullon hit a three-run home run off Jonathan Loaisiga in the top of the first inning to give the Pigs a 3-0 lead. The game then shifted in the RailRiders favor in the bottom of the third inning. Gosuke Katoh homered off Ramon Rosso (1-2) to get things started then Thairo Estrada hit an RBI single to score Billy Burns. Ryan McBroom capped off the inning with a two-run home run to give the RailRiders a 4-3 lead.

The Pigs did get two runs off Adonis Rosa (4-0) in the top of the seventh inning to cut the RailRiders lead to 7-5. Phil Gosselin hit an RBI double and Grullon brought in Gosselin via an RBI single. Scranton/Wilkes-Barre extended their lead to 10-5 off McGarry in the bottom of the seventh inning. Kratz hit a sacrifice fly to score Tyler Wade and Katoh hit a two-run single.

The former IronPig, Kratz struck again in the bottom of the eighth inning as he hit a two-run single off JD Hammer to give the RailRiders a 12-5 lead. Kratz turned in six RBI - a season best for the former IronPig.

The IronPigs return to action on Tuesday as they begin a six-game homestand at Coca-Cola Park. First pitch is at 7:05 p.m. against the Louisville Bats