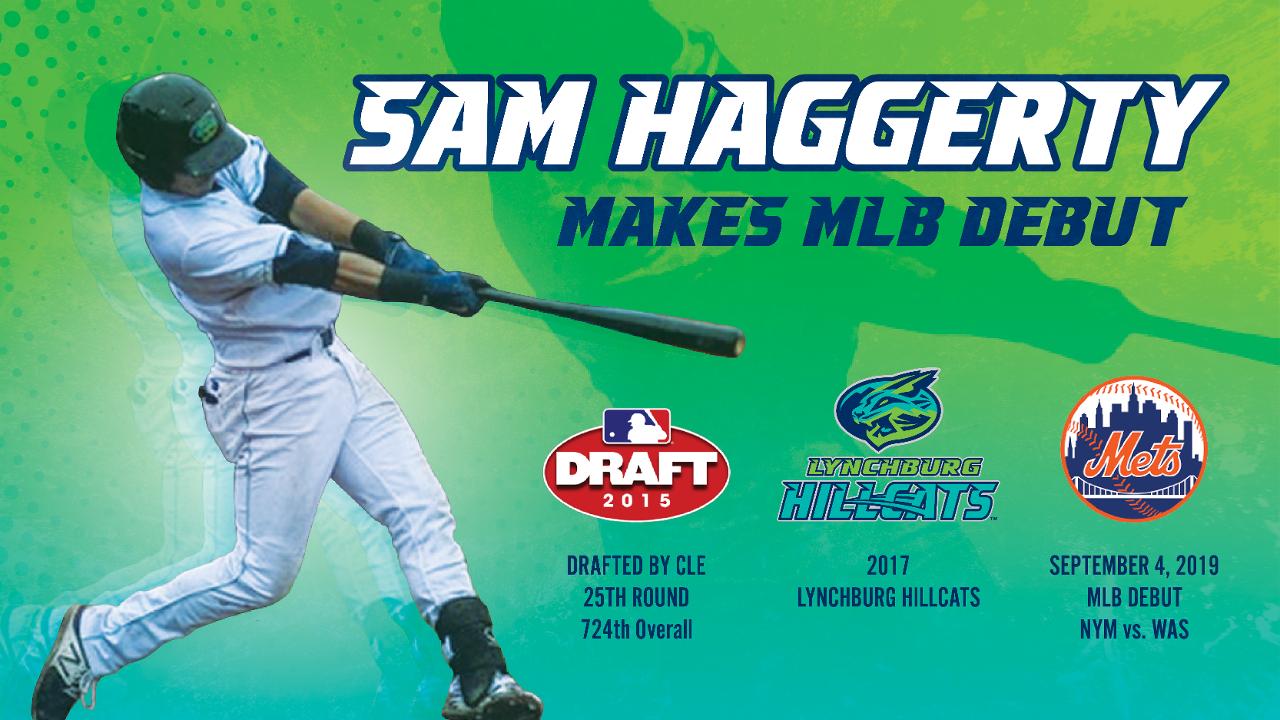 Lynchburg, Va. -  Former Lynchburg Hillcats infielder and outfielder Sam Haggerty  made his Major League debut for the New York Mets on Wednesday, September 4, against the Washington Nationals. He entered the game as a pinch runner in the ninth inning. The Mets beat the Nats, 8-4, at Nationals Park.

The Phoenix, Ariz. native was drafted by the Indians in the 24th Round of the 2015 MLB Draft after playing his college ball at the University of New Mexico. The switch-hitter was traded to the Mets as part of a package deal with right-hander Walker Lockett that sent catcher Kevin Plawecki to the Tribe on January 6, 2019.

Haggerty appeared in 112 games in a Hillcats uniform during the 2017 season. He saw action in 96 games at second base, 11 games at shortstop and five in the outfield. The 25-year-old batted .253 with three homers, 53 RBI and 27 doubles. He led the team with 67 walks and swiped 49 bases, the most in the Carolina League that year. Haggerty was both a Mid-Season and Year-End All-Star for the Hillcats.

This season, Haggerty started the year in Double-A Binghamton in the Mets organization. With the Rumble Ponies, he hit .259 with two home runs and 13 RBI across 68 games, earning a Mid-Season All-Star honor in the Eastern League. Despite missing six weeks with a hamstring injury, Haggerty finished second on the team with 19 stolen bases and third on the club with 40 walks. On August 19, he was promoted to Triple-A Syracuse, where he batted .310 over 12 contests. Six of his 13 hits went for extra-bases in Syracuse prior to his major league call-up on September 1.

Throughout his career, Haggerty has played every position with the exception of catcher and first base.