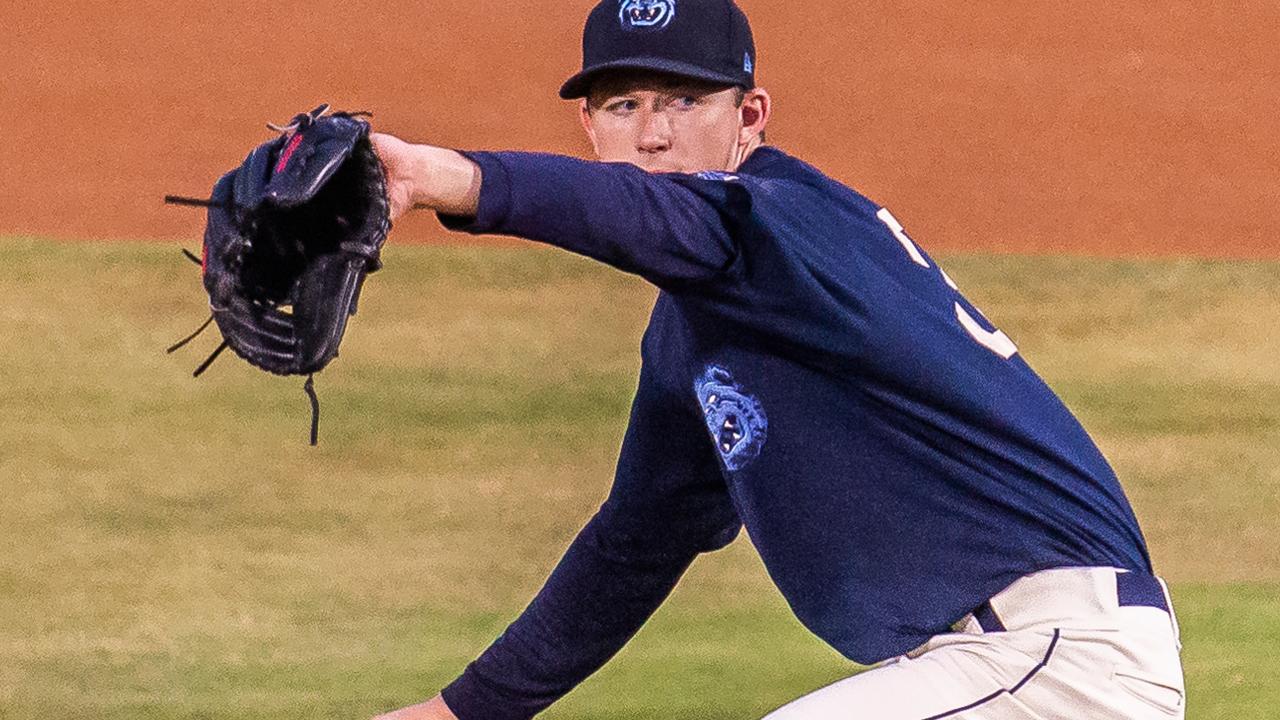 KODAK, Tenn. (June 2, 2018) - The Mobile BayBears, the Double-A affiliate of the Los Angeles Angels, held the Tennessee Smokies to three hits in a 1-0 shutout win in the series finale Saturday night at Smokies Stadium.

Griffin Canning retired the first 11 batters of the game before giving up a double in the fourth. It was the first hit against him since May 9, snapping a stretch of 12 2/3 straight hitless innings. Canning walked one batter in the fifth before exiting with two outs in the frame, increasing his scoreless streak to 12 2/3 consecutive innings.

After allowing a single, Conor Lillis White (2-0) proceeded to strike out the next seven Tennessee (28-26) batters. It set a new career-high for Lillis-White and was just one shy of the Southern League record for consecutive strikeouts by a single pitcher.

Matt Custred retired the side in order in the eighth and got out of a jam in the ninth to earn his third save. With two men on and one out, Yasiel Balaguert lined into a game-ending double play.

It was the seventh shutout win of the season for Mobile (29-25) and the fifth straight series victory.

The BayBears begin a five-game road series against the Chattanooga Lookouts Sunday at 4:15 p.m. CDT. Right-handed pitcher Jesus Castillo (4-3, 4.33 ERA) is scheduled to make the start against southpaw Lewis Thorpe (1-3, 4.21 ERA) for the Lookouts. Live coverage can be heard on the BayBears Broadcast Network, the TuneIn Radio App, and the MiLB First Pitch App, with the Countdown to First Pitch starting at 4:00 p.m. CDT.

The BayBears return home Friday and host a total of 70 home dates through Labor Day, September 3. Single-game tickets and ticket packages are currently on sale. Group and hospitality offerings for the 2018 season can be reserved by calling (251) 479-BEAR (2327).