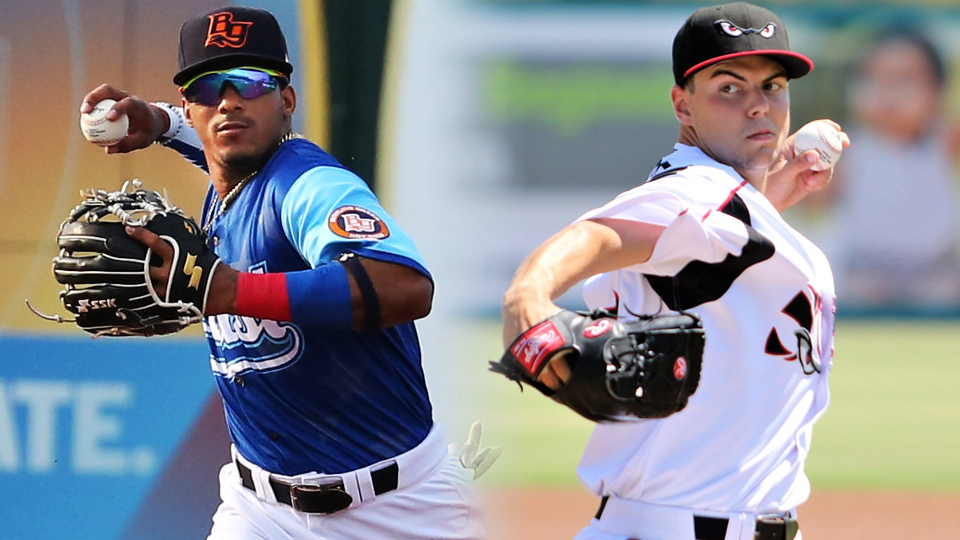 Thirty-seven of MLB.com's Top 100 prospects were selected to participate in the Futures Game on July 7 in Cleveland, Major League Baseball announced Friday. This year's version of the prospect showcase pits the American League against the National League, a change from previous years in which the rosters were separated by U.S. and World players. The Futures Game is also moving to seven innings and a new time slot at 7 p.m. ET.

The AL holds a slight 19-18 edge over its senior circuit counterparts when it comes to Top-100 talent this year. The main draw on that roster is top overall prospect Wander Franco, who recently climbed to Class A Advanced Charlotte as an 18-year-old, switch-hitting shortstop. in the Rays system. The AL also boasts No. 4 Jo Adell (Angels), No. 5 Luis Robert (White Sox) and No. 7 Royce Lewis (Twins) among those ranked among the top 10, all of whom could feature in the same starting lineup chosen by team manager and Hall of Famer Jim Thome.

The AL might be deepest, however, on the mound -- nine of its 10 selections rank among the game's top 100 prospects -- No. 23 Brendan McKay (Rays), No. 32 Matt Manning (Tigers), No. 41 Nate Pearson (Blue Jays), No. 45 Brady Singer (Royals), No. 53 Grayson Rodriguez (Orioles), No. 66 DL Hall (Orioles), No. 67 Justin Dunn (Mariners), No. 98 J.B. Bukauskas (Astros) and No. 100 Jordan Balazovic (Twins). The only non-Top-100 member of that staff is Yankees right-hander Deivi Garcia, who leads full-season Minor Leaguers with a 40.8 percent strikeout rate this season. The shorter edition of the game could allow these power arms to play up even more.

The NL will have their own impressive stable of arms, led by their top talent on the initial roster in No. 3 overall prospect MacKenzie Gore (Padres). He'll be joined by No. 26 Ian Anderson (Braves), No. 22 Sixto Sanchez (Marlins), No. 40 Luis Patino (Padres), No. 49 Adrian Morejon (Padres), No. 51 Dustin May (Dodgers) and No. 95 Anthony Kay (Mets) as the Top-100 contingent on the NL pitching staff.

The most impressive part of the NL roster, which will have Dennis Martinez as its skipper, might be its outfielders. Reds top prospect Taylor Trammell is back after he earned 2018 Futures Game MVP honors by homering and tripling in last year's 10-6 win by the U.S. side in Washington. (That game featured a record eight home runs.) Trammell will be joined by No. 14 Cristian Pache (Braves), No. 56 Heliot Ramos (Giants), No. 85 Monte Harrison (Marlins) and No. 88 Dylan Carlson (Cardinals) as well as No. 7 D-backs prospect Alek Thomas as options on the grass for the NL a week from Sunday.

The full Futures Game rosters can be found at the links above. They will be updated as players are added or subtracted ahead of the game next Sunday.