Club's No. 2 prospect gets promoted for second time this year 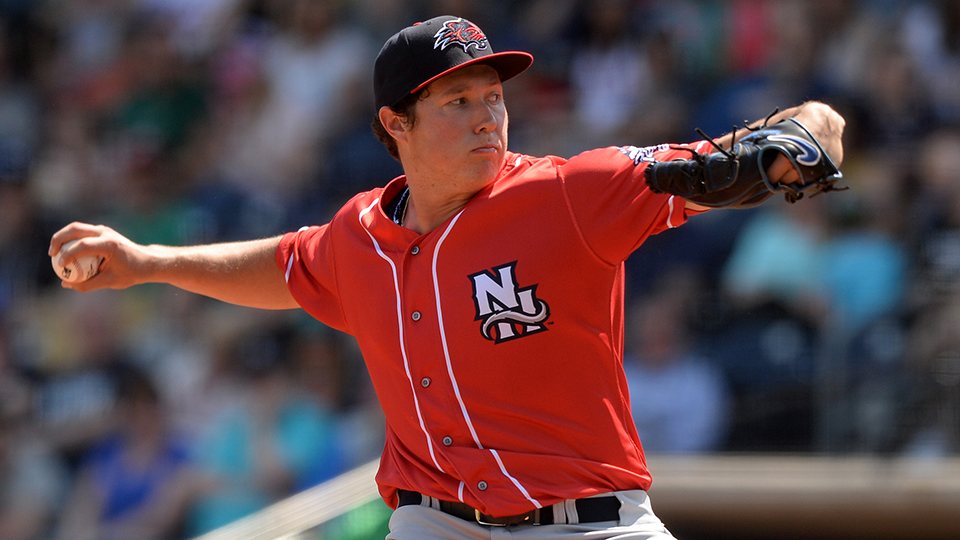 Nate Pearson is getting a change of scenery for the third time this season.

Toronto's second-ranked prospect was promoted to Triple-A Buffalo on Sunday after 16 appearances in the Eastern League with New Hampshire. He went 1-4 with a 2.59 ERA and 69 strikeouts over 62 2/3 innings.

The 28th overall pick in the 2017 Draft appeared in his second Futures Game during MLB's All-Star Game festivities in Cleveland, firing a dominant 1-2-3 fifth inning in relief. Pearson struck out both top Dodgers prospect Gavin Lux and Giants No. 1 prospect Joey Bart.

With the Class A Advanced Dunedin Blue Jays, the 21-year-old right notched a career-high 10 K's on April 25 against Jupiter, breaking his previous record of nine whiffs -- set two starts earlier against Bradenton. The 6-foot-6 right-hander compiled a 3-0 record in six starts for Dunedin, allowing two earned runs over 21 innings with 35 strikeouts.