Helena Breaks Scoreless Tie In Seventh, Get To Within Two In Division 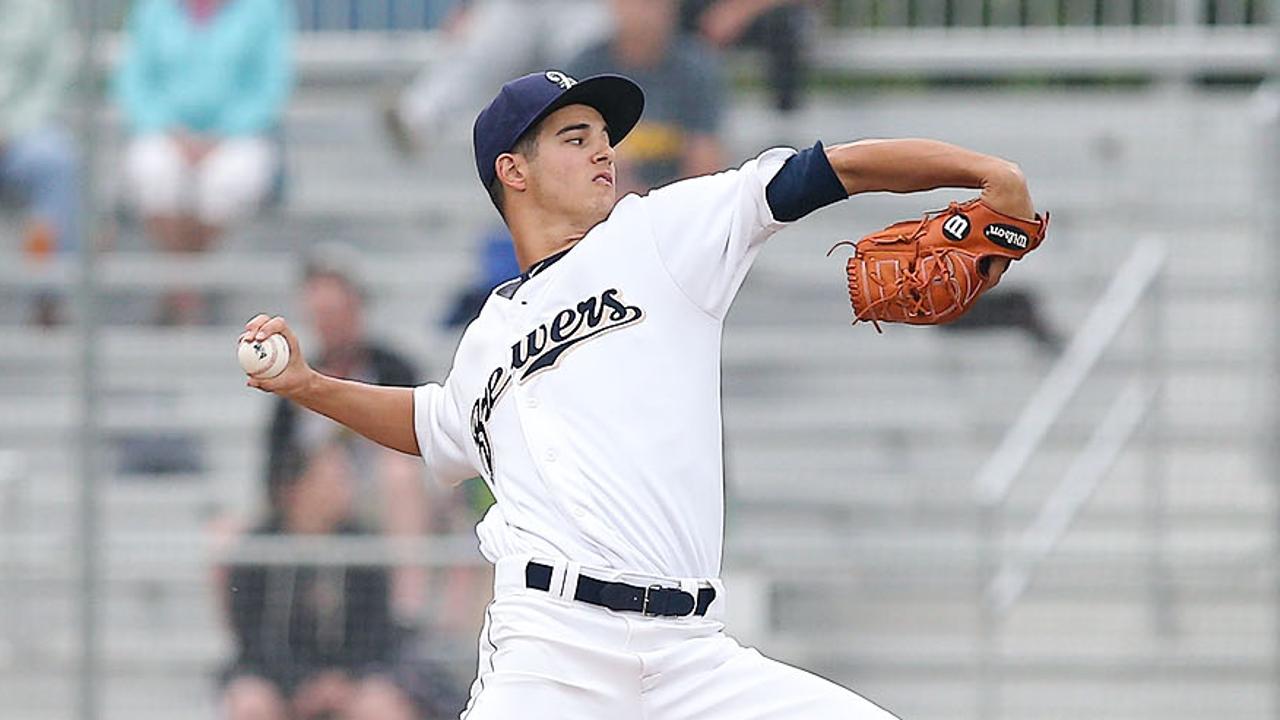 Billings, MT - In what was set up to be the biggest series of the year to date, the Brewers made sure to start it off on the right foot. With no score in the top of the seventh inning, LG Castillo singled home two runs with two outs, and Helena's bullpen hung on to deliver the Brewers a 2-1 win. Max Lazar earned his third win with six shutout innings, allowing only three hits. Helena now sits two games back of Billings for first place with 12 games left in the season.

Both Lazar and Billings starter Adrian Rodriguez had no hitters through three innings. Lazar's was broken up on a one out infield single from Mariel Bautista in the fourth, but he was caught stealing and Lazar faced the minimum in the frame. Rodriguez had his broken up on a one out single from Bryan Torres in the fifth. Torres though was erased on a caught stealing that ended the inning.

Billings had chances to get the first run in both the fifth and sixth innings against Lazar, getting runners into scoring position with one out, but held the Mustangs off the board both times. In the fifth, Billings got two on with one out, yet Lazar got a pop out and a strike out to strand the runners. Jay Schuyler doubled with one out in the sixth, and Lazar again got out of it thanks to a pair of pop outs. Lazar exited after six innings, allowing just three hits, not issuing a walk while striking out six.

Helena finally got to Rodriguez in the seventh, as he issued two walks, and was pulled with one out in the inning. Torres grounded out to short against Andrew McDonald to move both runners into scoring position. That set up Castillo, who singled into left center field, scoring both runners to give the Brewers the 2-0 lead.

Johan Dominguez entered in the seventh and allowed the first two to reach, but got the next three to keep it a 2-0 game. Roberto Delgado came on for the eighth and gave up a leadoff single to Zeek White and a two out single to Manzanero. Acting manager Liu Rodriguez then went to play a left on left matchup with lefty Brandon Presley coming in to face lefty Drew Mount. Mount singled to right, scoring a run, but Castillo fired a dart to third to nail Manzanero for the third out of the inning. Chad Whitmer retired the side in order in the ninth for his second save.

The Brewers look to get to within a game of first place tomorrow as they send Justin Bullock to the mound. First pitch is at 6:05 PM, with the pregame show hitting the airwaves of helenabrewers.net at 5:45 PM.