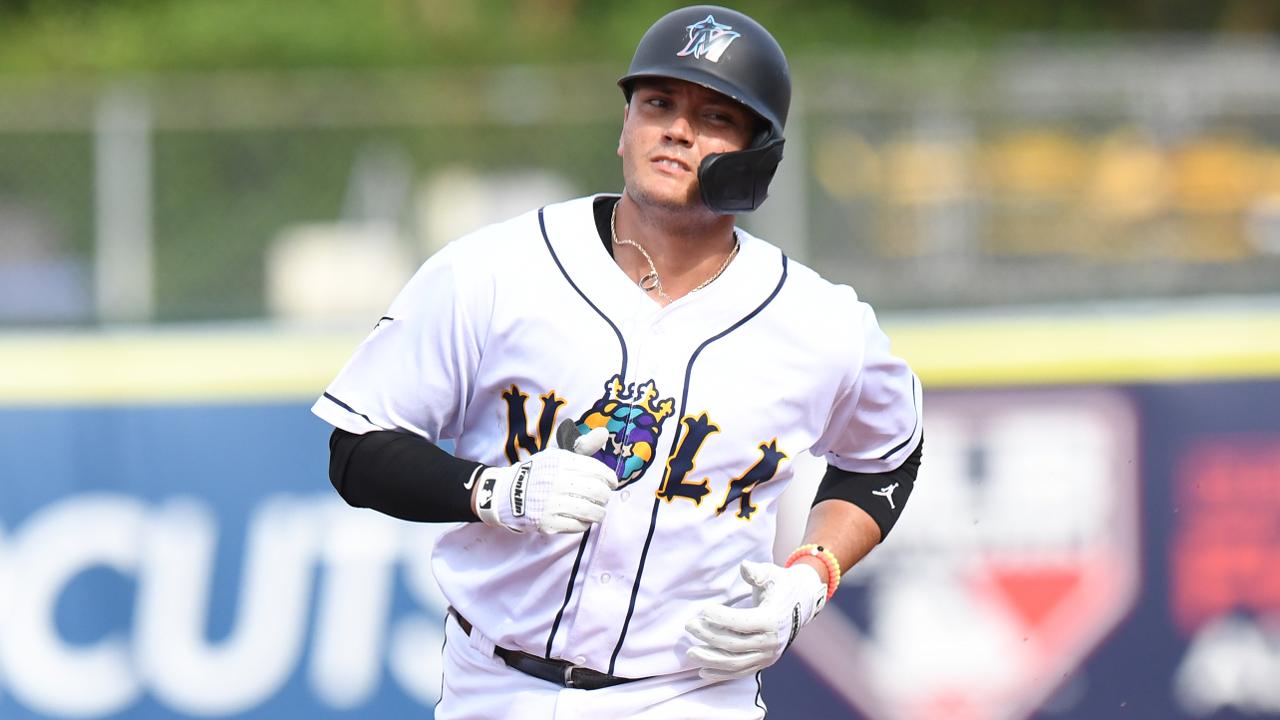 The New Orleans Baby Cakes dropped the opener of Tuesday's doubleheader against the Memphis Redbirds, 3-2, before rallying to win the nightcap in a walk-off, 5-4.

Justin Williams snapped a sixth-inning tie in game one with a home run as the Redbirds went on to earn the win in game one.

The teams traded runs in the first inning, as John Nogowski delivered an RBI single in the top half only for Miguel Rojas to lead off the bottom half with a home run in the first at-bat of his rehab assignment with New Orleans.

After allowing five of the first eight Redbirds to reach base, 'Cakes starter Nick Neidert settled in to retire 12 of the next 13 and struck out the side in the second inning. New Orleans was similarly held in check by Redbirds starter Jake Woodford, who breezed through five innings by yielding one run and two hits.

Memphis finally broke through in the sixth when Williams led off the frame with a home run, his third straight game going deep. The Redbirds tacked on a run on pinch hitter Jose Godoy's sacrifice fly, which proved vital when Eddy Alvarez homered with two outs in the seventh to bring the Baby Cakes within a run. Rojas followed with a single to put the tying run on base, but Mike Mayers struck out Magneuris Sierra for the final out and his fifth save.

Neidert (3-3) suffered the loss as New Orleans dropped its eighth in the last 10 contests.

Neither team managed much offense early on in the nightcap, which remained scoreless until the fifth when Tyler Heineman gave the 'Cakes the lead with his 13th home run of the year.

Memphis responded in the top of the sixth on Edmundo Sosa's RBI double, only for the 'Cakes to storm back with three runs in the bottom of the sixth. Peter O'Brien laced a go-ahead two-out double, and Heineman knocked in a pair with a single up the middle.

Down to their final strike with two on in the seventh, Randy Arozarena ripped a game-tying three-run homer off Brett Graves to draw the Redbirds even at 4-4. Arozarena reached in both games of the twin bill, extending his consecutive on-base streak to 43 games.

But Gabriel Guerrero led off the bottom of the seventh by reaching on an error and raced to third on a one-out single to right by Rosell Herrera. A dribbler back to the mound by Magneuris Sierra was not fielded cleanly by pitcher Junior Fernandez (1-1), and Guerrero raced home with the winning run to give New Orleans its fifth walk-off win of the season.

Graves (3-1) was the winning pitcher despite the blown save, after Mike Kickham and Dylan Lee combined to hold Memphis to one run and four hits through 5 2/3 innings.

The final homestand of the 2019 campaign continues on Wednesday at 6:30 p.m.