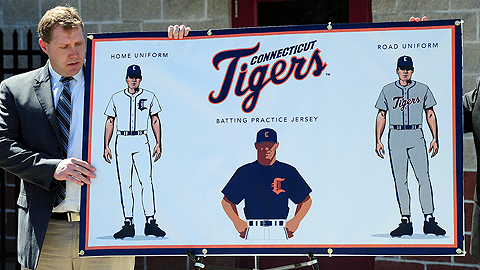 A press conference took place at Thomas J. Dodd Memorial Stadium on Thursday so that the facility's newest occupants could deliver some important news.

The Oneonta Athletic Corporation has been granted final approval to relocate the franchise to Norwich, Conn. The club will compete in the short-season New York-Penn League in 2010, under the name of the "Connecticut Tigers." Today's press conference was highlighted by the unveiling of the fledgling franchise's logo and uniform.

The relocation of the Oneonta ballclub was first announced in late January, pending approval of the New York-Penn League and Minor League Baseball. The move was made possible by the departure of the Eastern League's Connecticut Defenders, who took over the vacant Richmond market following the 2009 campaign and are now known as the "Flying Squirrels."

The Connecticut Tigers logo and uniforms make a strong connection with the parent Detroit ballclub, with the familiar Old English "D" replaced by a "C." The primary logo will feature the word "Tigers" in script, with an all-caps "Connecticut" placed directly above the team name. 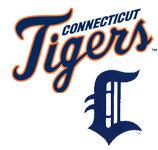 "We felt that the Tigers name would work the best on multiple levels," Connecticut GM Andrew Weber explained during a phone call prior to the announcement. "It immediately lets the community know who we are and who we're affiliated with, plus Detroit is a storied franchise with one of the coolest logos around."

That said, don't expect the "Tigers" moniker to last more than one season. The club plans to implement a "Name the Team" contest prior to the 2011 campaign, to be followed by a corresponding identity overhaul. This change would be consistent with the marketing strategy of the New York-Penn League (and Minor League Baseball) as a whole, which emphasizes originality and regional quirks over explicit identification with the parent club (other NYPL ballclubs include the Cyclones, Spinners, Scrappers, Muckdogs and Lake Monsters).

"Right now we're trying to jam eight months of work into two, letting people know who we are and that we're up and running," Weber said. "Our two biggest areas of focus are ticket sales and sponsorship, because that's what really drives a team."

To that end, Weber has retained members of the Defenders' front office on his staff, noting that their "knowledge and experience with the market" has been extremely valuable. The team will also be hosting a series of Town Hall-style meetings, with the intent of disseminating information about the franchise to as varied an audience as possible.

Despite the massive amount of work that needs to be done before the New York-Penn League season kicks off June 18, Weber made sure to emphasize the positive.

"The community response has been fantastic so far, as has the support from the city of Norwich," he said. "We couldn't have asked for a better situation, and I'm beyond excited for the season to start."