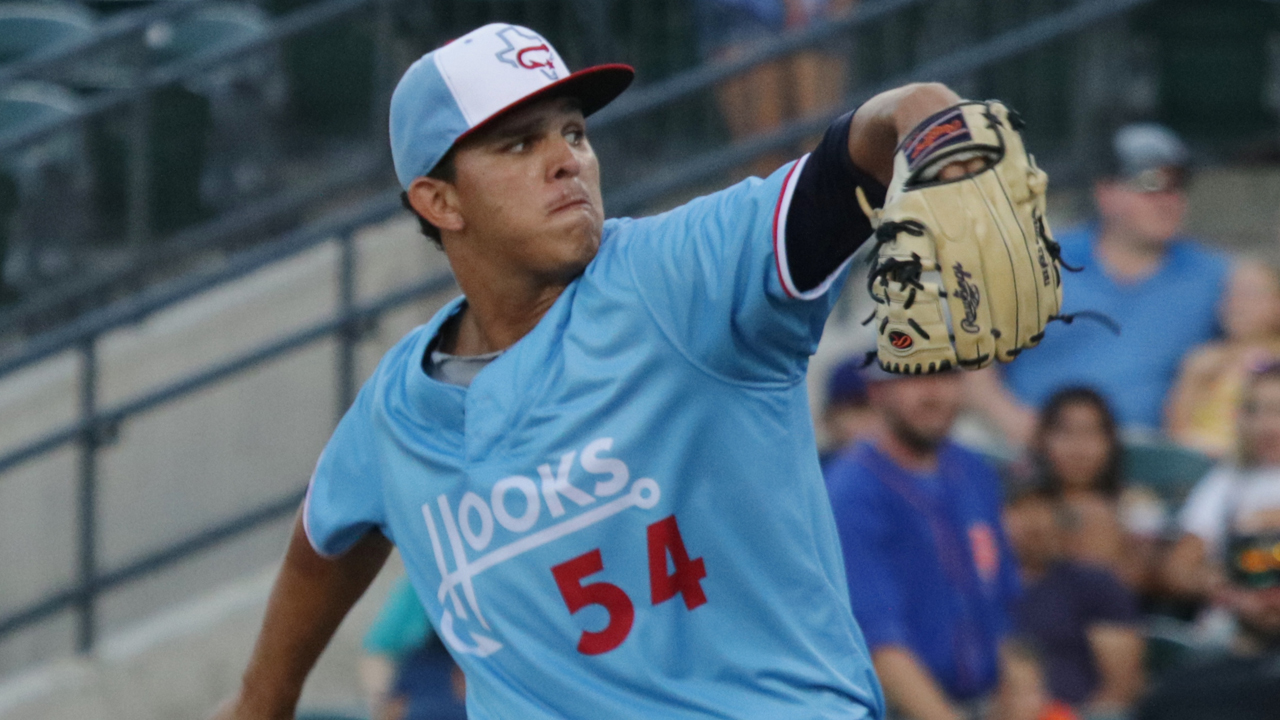 The Tigers are bidding farewell to a franchise icon and saying hello to three players for the future.

Detroit acquired prospects Franklin Perez, Daz Cameron and Jake Rogers from Houston late Thursday night in exchange for longtime ace Justin Verlander and a player to be named later or cash in a deal completed just before Major League Baseball's waiver trade deadline. All three prospects were ranked in Houston's top 11 with right-handed pitcher Perez at No. 3, outfielder Cameron at No. 9 and catcher Rogers at No. 11.

"All three players are outstanding athletes, and they greatly bolster our Minor League system," Tigers GM Al Avila said in a statement. "Perez was the headliner for us, cementing himself as a dominant force in each of his three years in professional baseball.

"Daz Cameron is someone that we view as one of the highest-ceiling players in the Minors. Cameron is a guy that slipped in the Draft because of signability concerns, but has always shown flashes of his dad's play.

"Rogers plays beyond his years, demonstrating solid pop in his bat while having above-average plate discipline, and our scouts have him rated as a reliable receiver behind the plate with an above-average arm."

Perez is expected be Detroit's new No. 1 prospect according to MLB Pipeline, checking in at No. 46 overall, 22 spots ahead of Detroit's current top prospect, righty Matt Manning.

Perez is in the midst of a breakout season across two levels. The 19-year-old began the year with 12 outings (10 starts) for Class A Advanced Buies Creek, going 4-2 with a 2.98 ERA, 53 strikeouts and 16 walks in 54 1/3 innings. After being named a midseason All-Star in the Carolina League, the righty moved up to Double-A Corpus Christi, where he's been nearly as good, going 2-1 with a 3.09 ERA in seven games (six starts). Perez has fanned 25 batters with 11 walks in 32 innings for the Hooks while limiting opposing hitters to a .220 average across both levels.

Cameron was Houston's competitive balance-round selection in the 2015 Draft, going 37th overall out of a Georgia high school. The outfielder batted just .251 with a .661 OPS in 51 games during his debut season with the Rookie-level Gulf Coast League Astros and Greeneville in the Appalachian League and .212 with a .608 OPS in 40 games between Class A Short Season Tri-City and Class A Quad Cities last year.

Rogers was the most recent addition to the Houston organization, joining the Astros out of Tulane as a third-round pick in 2016. The backstop started this season with Cameron in Quad Cities, but moved up to the Carolina League after batting .255/.336/.520 in 27 Class A games. With Buies Creek, he's hit .263/.357/.457 with 12 homers and 55 RBIs over 83 games. His defensive numbers have been even better. Rogers threw out half of the 24 attempted basestealers against him in the Midwest League and has stuck close to that rate in Buies Creek, nailing 19 of 43 (44.2 percent). He's made just five errors all year.

In the exchange, Houston acquired Verlander, the 2011 American League Cy Young Award winner and seven-time All-Star, to help its postseason push. The Astros enter Friday with an 80-53 record, the best in the American League, and an 11.5-game lead over the Angels in the AL West.