With Seager, Urias on cusp of Majors, a power hitter leads next wave 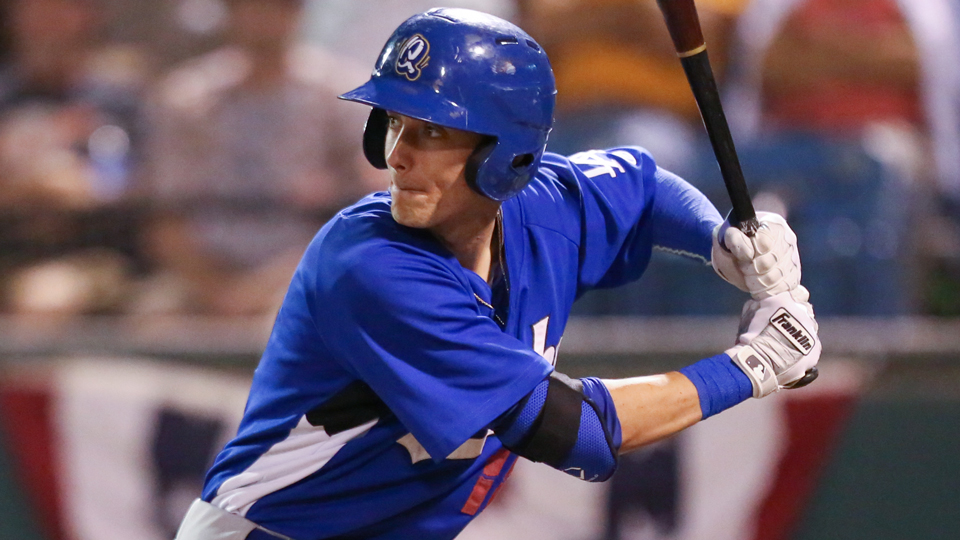 In a system without Corey Seager and Julio Urias -- both of whom MiLB.com readers know all about since they headlined last year's Dodgers Prospect Primer -- Bellinger's performance last year would have made his name synonymous with the phrase "breakout prospect." The good news is, based on his game and the show he put on in Spring Training, he's poised to play his way into the national conversation about top prospects and onto MLB.com's Top 100 Prospects list by season's end.

"I don't know if [the Dodgers] expected 30 [homers] or if I expected 30, but it just kind of happened like that," Bellinger said. "I was just trying to go out every day and play the best I can, and they just kind of racked up.

"I never really hit a lot of home runs in my life. You start hitting a couple and you start getting comfortable, and you start realizing that the pitches that you were hitting up the middle, you think you can hit out. They backspun sometimes, and they got out of there. I think it's more of progressing through the years. The game kind of slowed down a little bit."

He kept hitting through the spring, going 10-for-24 (.417) with two doubles and a homer over 16 Cactus League games, and he feels he's ready for the challenge of facing Double-A pitching.

"I heard going in, pitchers have more control over every pitch they have, and it just gets harder as you go up," Bellinger said. "I think the adjustments are going to have to be midseason or toward the beginning of the season, day by day, seeing what they're trying to do to me, and look at video and see what I can do to adjust and go out there and try to hit the ball."

De Leon, the No. 24 prospect overall and No. 3 in the Dodgers system, has not given opposing hitters much of a chance over the past two seasons. In that span, he's whiffed 282 in just 191 1/3 innings. That's a strikeout-per-nine-innings rate of 13.26. After inauspicious pro beginnings, the righty opened 2015 in the Cal League, but after going 4-1 with a 1.67 ERA over seven starts in that hitters' haven, he was bumped up to Tulsa in mid-May, nearly three full months before his 23rd birthday. The Texas League barely slowed him down -- he held Double-A batters to a .216 average while posting a 3.64 ERA through 16 starts in his first crack at the level.

De Leon got his first invitation to big league camp this year, and he spent Spring Training taking advantage of learning opportunities.

When the season starts, though, he's keeping his goals simple: "Just try to be healthy and be there every five days and give my team a chance to win every night out," he said.

It's not easy for speed to be "loud," but Johnson's wheels speak volumes. The 25-year-old stole a whopping 84 bases in 2013, his first full season, and although his theft totals have come back to earth in the Minors' higher levels over the past couple years (22 in 2014, 28 in 2015), he hasn't slowed down. In fact, the Indiana product feels he's only going to speed up over the coming few seasons working in the organization he joined via December's Todd Frazier three-team blockbuster.

"I'm going to keep getting faster, Lord willing, if I stay healthy," he said. "You always get better. Time will catch up with you at some point, but I don't think it's going to be for a long time. Here they look at you and they have really good knowledge of how to run for speed, and how to get faster. I'm going to keep working on getting faster."

Johnson is set to start the season with Triple-A Oklahoma City.

Coming off the heels of a junior year at Virginia during which he scored kudos as the Most Outstanding Player of the College World Series, Sborz wasted no time in getting acclimated to pro ball after the Dodgers took him with the 74th overall pick of the 2015 Draft. He climbed three levels, settling in to record two saves in two California League opportunities while putting up a 1.50 ERA over nine relief appearances in the Class A Advanced circuit before reporting to instructs.

Heading into his first full season at age 22, Sborz is likely to head back to Rancho Cucamonga for the start of the year, and he also figures to have the chance to develop as a starter.

"We think he can do both roles, but he has a 95-mph fastball, and he's added a slider, and we think he has a chance to start," Dodgers scouting director Billy Gasparino said after the Draft.

Once the Dodgers' top prospect, Lee slid down the rankings after a rough 2014 in the Pacific Coast League. Last year, though, the righty positively aced the PCL, going 11-6 with a 2.70 ERA over 19 starts there. He's confident that he hit his stride.

"I feel like last year I did a good job on kind of improving on the year before. The year before, I had a little rough patch, and that second year in the PCL really did a lot of growth for me," he said.

"I was able to really learn for myself that I had to keep the ball in the bottom half of the zone and really become more of a ground-ball pitcher than try to go for strikeouts or even try to attack guys up in the zone. For me, it was more about learning myself that second year. I did a great job in doing it and obviously the results show."

Lee made a Major League spot start last summer and -- following injuries to Mike Bolsinger and Brandon Beachy -- remains in the mix to open the season in the LA rotation despite being optioned to Minors camp on March 20. If he does start in the Majors, he may not be there long, as the Dodgers need a fifth starter for April 8, but due to fortuitously timed off-days, can work with a four-man rotation for most of the rest of the month. However it shakes out, Lee knows where he wants to spend the bulk of his year.

More to keep an eye on: Corey Seager, the top prospect in the game, put in a day of baseball activity in Minor League camp on Thursday and felt no pain in the left knee he sprained on March 11. He's seemingly on track to be with the big league club on Opening Day. ... Julio Urias was cut from Major League camp on March 17, but it's not totally out of the question that he could be a factor in the early season rotation picture. Still, predictions made elsewhere that the 19-year-old southpaw will be a serious contender for NL Rookie of the Year are overly bold. Impressive as his stuff is, Urias has yet to throw 90 innings in any one season, and it's hard to imagine the club feeling the need to rush him into a role that requires him to take on a heavy workload after being steadily careful with him for so long. ... Along with Seager, Urias and De Leon, Alex Verdugo also fits the bill as a "shining star." Not officially a non-roster invitee, he got into three Cactus League games and looked impressive in center field while going 1-for-3 with a double at the plate. At 19, he wouldn't be taking any kind of step back if he spent the whole season where he finished last year in the Cal League, but don't be surprised if he proves ready for Double-A ball much sooner. ... Righty Grant Holmes has spent Spring Training working on consistency. "Just commanding the fastball and throwing offspeed for strikes when I need to and throwing it for an out pitch when I need to," he said. ... On the blog, MiLB.com caught up with Walker Buehler as he rehabs from Tommy John surgery in Minor League camp.