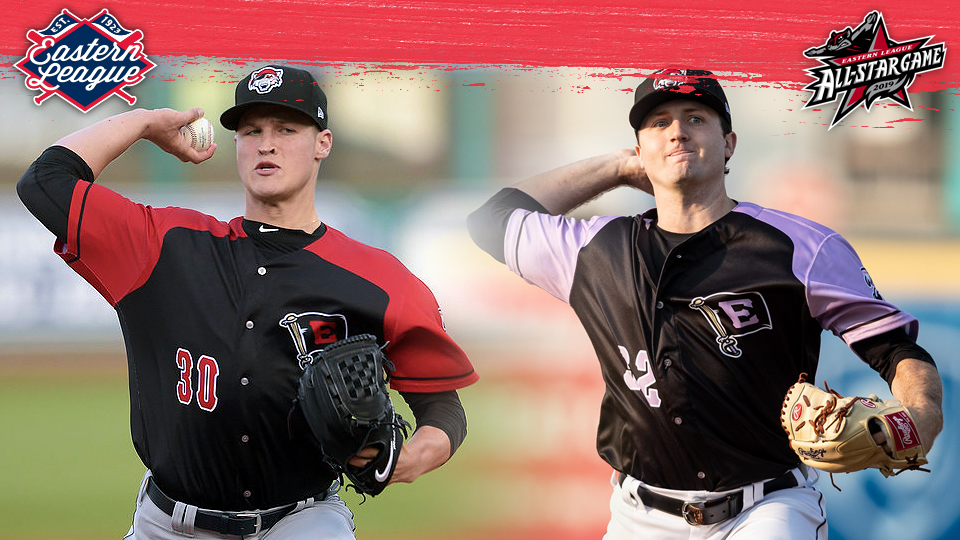 The brightest stars in the Eastern League will shine in Richmond, Virginia on July 10.

Manning and Mize will anchor the Western Division's pitching staff, having combined for 148 strikeouts over 133 2/3 innings with the SeaWolves. Having the two of them in the same rotation has been a huge boost for Erie.

"It kind of keeps us on line of what we expect from ourselves," Manning told MiLB.com last month. "We just want to go out and compete and try to match each other."

Mize, who is 6-0 with a 1.21 ERA in nine starts for Erie, went on the injured list after experiencing shoulder soreness in his last outing on June 13. He has yet to return, but could still be on track to pitch an inning in Richmond in two weeks.

Shortstop McCoy, whose .324 average is tops in the league among qualified batters by 26 points, is among the Western Division's infielders, although the squad will be without Altoona third baseman Hunter Owen, who leads the loop with 15 homers. Owen was promoted to Triple-A Indianapolis last week.

A trio of slugging infielders will power the Eastern Division lineup. Portland's Bobby Dalbec and Reading's Darick Hall are tied for second in the league with 14 homers and Trenton first baseman Chris Gittens owns a league-leading .407 on-base percentage to go with 11 long balls of his own.

The Eastern Division outfield features four left-handed hitters, including Moniak (who leads the league with eight triples) and Trenton's Ben Ruta (second with five triples). Binghamton's Braxton Lee ranks third in the league with a .293 average.

This is the first time Richmond has hosted the Eastern League's Midsummer Classic, and the Flying Squirrels are going all-out. On Tuesday, July 9 -- the day before the All-Star Game -- The Diamond will host a Celebrity Home Run Derby featuring six-time All-Star first baseman Will Clark, 12-year big leaguer and Flying Squirrels manager Willie Harris and more.

John Parker is an editor for MiLB.com. This story was not subject to the approval of the National Association of Professional Baseball Leagues or its clubs.