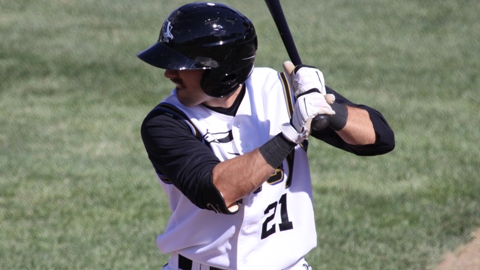 Adam Eaton won the Pioneer League batting title while here in Missoula in 2010.

Four former members of the Missoula Osprey, including three players that were part of the 2009 squad that played for the Pioneer League Championship, are currently representing the Arizona Diamondbacks in the prestigious Arizona Fall League.

Adam Eaton, who played in Missoula in 2010, and helped Double-A Mobile win the Southern League Championship last month, has joined with 2009 former Osprey David Nick, Eric Smith and Charles Brewer on the Salt River Rafters, one of six teams playing in the AFL. The foursome brings the total number of former Osprey to play in the Arizona Fall League to 26.

Entering Monday's action, Eaton has played 17 games in the outfield for Salt River, and has put together a solid campaign - hitting .338 with six doubles, a triple, a home run and 11 RBIs. He leads the Rafters in stolen bases (six), on-base percentage (.407) and is tied for the team lead in doubles.

Brewer - who was a teammate with Eaton after returning late in the season with the BayBears following an injury - has made five starts for the Rafters, and has struck out 19 batters in 19 innings of work. Brewer, who is 1-0 with a 6.16 ERA, is currently tied for second in the AFL in strikeouts and tied for fourth in innings pitched, entering Monday's games.

Both Nick and Smith were teammates with Eaton at Class A Visalia, where Eaton started the 2011 season before his July promotion to Mobile. Nick has been his steady self at Salt River - in 14 games, Nick is hitting .294 with two doubles and four RBIs. Smith has been very solid out of the bullpen for the Rafters, posting a 1-0 mark in seven relief appearances, with a 1.59 ERA. In 11 1/3 innings of work, Smith has walked seven batters, but has been able to pitch around them and strike out nine batters in the process.

Salt River - which plays in the Diamondbacks' complex at Salt River Fields - has posted a 15-8 record and is currently leading the AFL's East Division by four games over the Mesa Solar Sox. The winners of each division meet for the Arizona Fall League Championship next month.

The Arizona Fall League is a developmental league owned by Major League Baseball, which helps in not only developing top prospects on the field, but in the development of future Major League managers, coaches and umpires. Over 40 AFL alumni played in the 2011 MLB All-Star Game. Of the 22 prior former Osprey to play in the AFL, 17 have gone on to play in the Major Leagues.