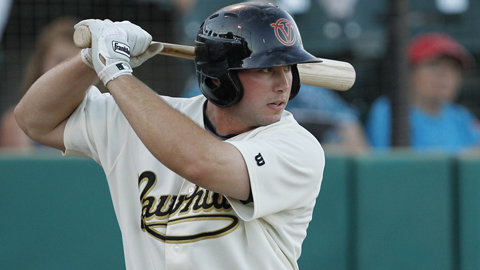 Visalia Rawhide slugger Paul Goldschmidt, who shares the Minor League lead with 33 homers, on Friday was named California League MVP and Rookie of the Year.

The Diamondbacks' eighth-round pick in the 2009 Draft is the ninth MVP in team history, tying the Rawhide with the Stockton Ports for tops in league history. Reid Brignac was Visalia's last MVP in 2006.

Lake Elsinore Storm closer Brad Brach was named Pitcher of the Year after breaking the league record with 40 saves. He's 5-2 with a 2.52 ERA in 58 games.

Carlos Lezcano is the Manager of the Year after guiding Lake Elsinore to the first-half South Division title. The Storm also are one game behind High Desert and Rancho Cucamonga for the second-half crown.

Goldschmidt and Brach headline a Postseason All-Star Team that includes three members each from the Ports and Mavericks.

High Desert's Rich Poythress, the Minor League leader with 121 RBIs, got the nod as designated hitter, while Kyle Seager is the second baseman and Johermyn Chavez (.316, 31 homers, 93 RBIs) is one of three All-Star outfielders. Seager leads the circuit with a .346 average and had a 32-game hitting streak from June 19-July 27.

Daren Smith is an editor for MLB.com. This story was not subject to the approval of the National Association of Professional Baseball Leagues or its clubs.