Painting the corners in Grand Junction 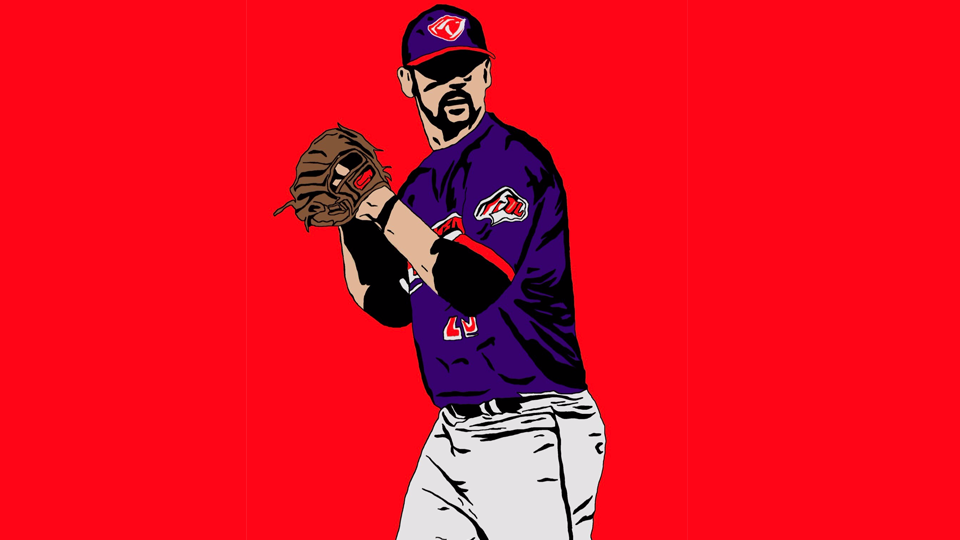 Right-hander Jesse Stinnett, a recent addition to the Colorado Rockies farm system, has been obsessed with baseball his whole life. But when he needs to disconnect from the game, he focuses on the act of artistic creation.

"I've done art my whole life. My uncle lives in Colorado Springs and he's an artist, so I feel like I got it from him," said the 23-year-old Virginia native. "I just wanted to go to college and play baseball, and I figured I was good at art so it'd be an easy way to focus on baseball through college."

Stinnett began his collegiate career at Maryland Eastern Shore; from there, he transferred to the University of North Carolina at Pembroke. Along the way, he found that he enjoyed his artistic pursuits above and beyond their general compatibility with the demands of baseball.

"About junior year, I really started to take a liking to it," he said. "I can kind of zone in and get away from the game and not think about other stuff, even though most of my art is baseball-related or sports-related. But that was the big thing in college: I was the only athlete to do art, so I felt like that was my way of showing a different world to the guys out there. I think that was big."

Stinnett's college courses exposed him to a wide array of approaches and techniques. He currently paints and does pen-and-ink drawings, but his biggest off-the-mound focus at the moment is "digital pop art." (An online portfolio of his work can be found here.)

"I've been using a digital tablet. So I have my computer and I use Photoshop, and I plug my digital tablet into my computer," he said. "I'm actually drawing on the tablet and it shows up on my computer. So it's a little tricky when you're first getting used to it, but it's fun.

"The work l've been focused on lately, it's kind of got a pop art color scheme to it where it's more like Andy Warhol and stuff like that. Bright reds and bright yellows. It grabs your attention. There's not as much detail into each piece. ... Drawing with pen and ink, that's where I focus more on details and getting them real-life."

A virtual gallery of Stinnett's recent work, including portraits of Mike Trout and Javy Baez

Warhol is one of Stinnett's influences, but he cites Leroy Neiman as his all-time favorite.

"I did multiple projects on him. He was probably the biggest name in sports art for the longest time," he said. "He was the personal painter for Muhammad Ali. ... His big thing is, he would go to the Olympics and really sketch out what he's seeing, and when he got back he'd use acrylic paint. He'll make them a little blurry, kind of like they're moving in action."

Even beyond being both an athlete and an artist, Stinnett is an anomaly in Minor League Baseball. After going undrafted out of college, he coached in the Cal Ripken College League while trying to land a spot with an independent league team. The Pecos League's Santa Fe Fuego signed him late in the 2017 season, and he landed with the Utica Unicorns of the United Shore Professional Baseball League in 2018.

"The USPBL, where I just came from, it's more of a developmental league," he said. "Their main focus is to get people to affiliated baseball, which is amazing. There's just four teams and we all play at the same stadium. So there's no traveling, everybody around the stadium and everyone in the community knows everybody, and you have a lot of days off to work on stuff."

Stinnett spent most of 2018 with the independent Utica Unicorns.

Impressed by what they saw in the USPBL, the Colorado Rockies signed Stinnett in August and sent him to pitch for Rookie-level Grand Junction. He went 1-1 with a 4.15 ERA over six regular season appearances -- one start.

"I definitely feel like I know a little more because of the last two years of getting introduced to professional baseball. ... I do have some years on most of these kids," he said. "But I'm just like them, pretty much, at this stage. Especially coming in late to the season."

In the past, Stinnett has designed tattoos for his teammates and himself, and he recently designed a digital art piece for his Rockies teammate Ryan Rolison. He'll continue to do such work while, of course, trying to climb the Minor League ladder.

"With baseball, I always focused on trying to be the best. ... And then it would carry over into my art class, where I always wanted to have the best piece," Stinnett said. "But the approach, honestly, it's mostly different. With baseball, I'm trying to focus on every little aspect of it. With drawing I'm more relaxed. I'm free."