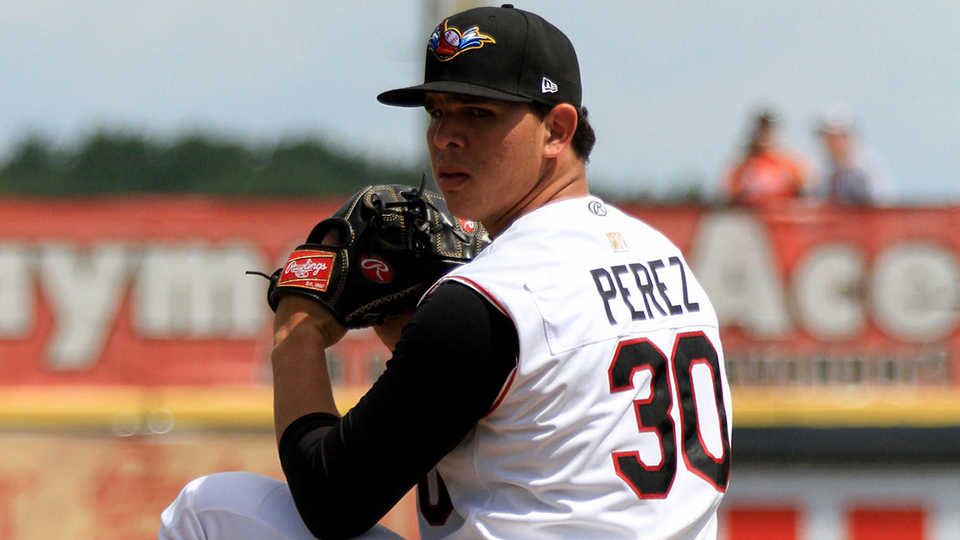 Franklin Perez moved up to Class A Advanced after averaging 10.1 K/9 for Class A Quad Cities in 2016. (Sean Flynn/Sean Flynn Photography)

Franklin Perez has already sent a powerful message to the Carolina League: His age doesn't matter, and neither does his role. He has the stuff to be dominant in Class A Advanced, and he showed that in the first week-plus of the 2017 season.

The Astros' No. 6 prospect allowed only one hit and three walks while striking out seven in 9 1/3 scoreless innings over two appearances for Buies Creek to take the Carolina League's first Pitcher of the Week award.

The 19-year-old right-hander jumped out of the gate, giving up a one hit and three walks over 5 1/3 frames against Winston-Salem on April 9 in his first start of the season. He came out of the bullpen to face the Dash again five days later, only to throw four perfect frames while fanning a pair.

The lone hit over those two appearances was a line-drive single by Louis Silverio. No Winston-Salem batter reached scoring position in either contest.

• View the Player of the Week winners »

Perez began the season as the second-youngest pitcher in the Carolina League behind Salem righty Roniel Raudes, who is younger by 41 days, but has shown few signs of letting his age affect his performance in a circuit where the average player is almost four years his senior. Two plus pitches in his fastball and curve to go with an above-average changeup and solid control have helped in that transition.

The Astros felt comfortable pushing the Venezuela native, who signed for $1 million in July 2014, up to Class A Advanced after he posted a 2.84 ERA with 75 strikeouts and 19 walks in 66 2/3 innings at Class A Quad Cities in 2016. His 2.36 FIP was third-lowest among the 125 Midwest League pitchers with at least 60 innings pitched during that campaign.

Based on Astros director of player development Pete Putila's comments before the season, it wouldn't be a surprise to see Perez climb even higher in 2017, if he can keep up his early-season success.

"Franklin is one of the guys who just works hard and has been getting stronger every year," Putila told MiLB.com. "He was a third baseman coming up as an amateur and already has developed a plus changeup into his best pitch besides his fastball. He's got an ever-improving curveball and added a slider last year, so he's now got a really good mix. He's just a really good kid, so I don't expect anything other than seeing him climb the ladder."

Below are the rest of the Minor League Pitchers of the Week for April 6-16 (April 10-16 for International League):