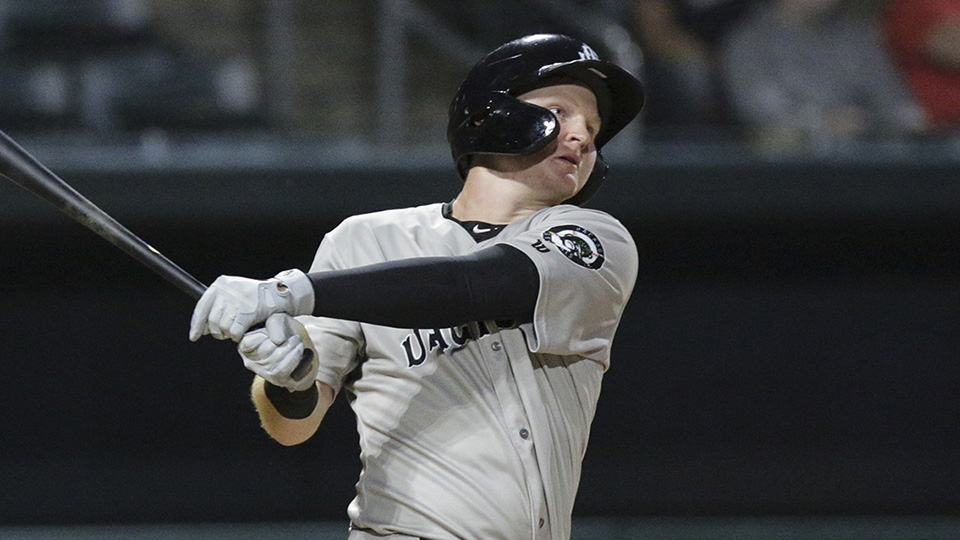 Getting shut out in Game 1 of a best-of-5 playoff series can be deflating, but after Blake Lalli's Jackson team dropped its first postseason contest to Montgomery, the manager heard optimistic and determined phrases bouncing around the clubhouse.

With a 6-5 win that ended with the tying run on third base, the Generals completed their rebound Saturday at Montgomery Riverwalk Stadium and took their Southern League semifinal series from the Biscuits, 3-1. Montgomery posted 88 wins in the regular season, more than all but one Minor League team. Jackson outscored the Biscuits, 19-6, over the final three games of the series.

"We had some days off before that first game, and they came out a little sluggish in Game 1," Lalli said. "But they got right back into the swing of things. ... They went about their business and their actions showed that there was no panic."

Jackson will face Pensacola or Biloxi in the best-of-5 Championship Series, which will mark the Generals' second straight Finals appearance and third in four years.

The D-backs affiliate managed two hits in a 4-0 series-opening loss on Wednesday. So Drew Ellis "put the team on his back," Lalli said. The 23-year-old drove in four runs in Game 2 to help even the series, then homered twice in Game 3 on Friday night.

Pavin Smith did much of the damage in the clincher. He walked and scored a run in the third and belted a three-run homer off right-hander Tommy Romero in the fourth to put the Generals up, 6-2.

Smith posted a .936 OPS and drove in 41 runs after the All-Star break. The cushion he provided Saturday ended up being necessary as the Biscuits nearly fought off elimination. Carl Chester hit an RBI double in the sixth and Miles Mastrobuoni homered in the seventh to cut Montgomery's deficit to two.

In the ninth, the first three batters reached base against Generals right-hander West Tunnell. After Taylor Walls struck out looking, Brett Sullivan skied a sacrifice fly to center fielder Daulton Varsho, bringing the Biscuits within one and putting the tying run 90 feet from home plate.

But Tristan Gray sent an 0-1 pitch to Varsho, and the D-backs' No. 5 prospect caught the final out. He pumped his fist and hustled to the infield to celebrate.

After the game, Lalli marveled at the calm demeanor Tunnell displayed on the mound. The reliever threw five consecutive strikes after the second walk he issued loaded the bases. He was the last in a line of players who came through for Jackson when someone had to.

"I always said that the best thing about playoffs is, you get to see the guys step up," Lalli said. "You get to see the ultimate team atmosphere. ... I've been lucky to have that all year with my team, but to see certain guys thrive in the moments, it's been really fun."

In other Southern League playoff action:

Pensacola has gone from a 2-0 hole in the series to forcing a decisive fifth game. After homering in each of the first three contests, No. 2 Twins prospect Alex Kirilloff led off Game 4 with another dinger. But it was a five-run ninth that made the difference. Biloxi scored once in the eighth to take a 5-4 lead, then the Blue Wahoos had eight straight batters reach base to blow the game open. Top Minnesota prospect Royce Lewis scored twice and knocked in a run. Tenth-ranked Ryan Jeffers homered and collected three RBIs. Game 5 is Sunday at Biloxi. Gameday box score