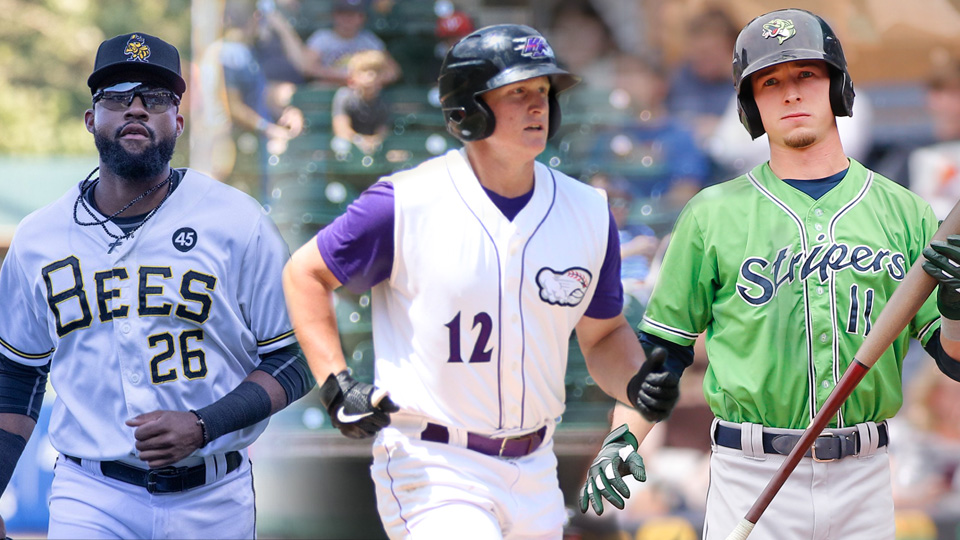 At this year's Premier12 tournament, USA Baseball will take on a distinct prospect flavor.

Twenty-eight of the best in the U.S. ready to battle #ForGlory🇺. Next stop: #Premier12 🥇.

The U.S. infield is particularly loaded with Vaughn at first base, Bohm across the diamond at third and Edwards at either second base or shortstop. Vaughn and Bohm -- the third overall picks from the 2019 and 2018 Drafts, respectively -- bring plenty of power to the table while Edwards is known primarily for his speed.

The chance to see Adell and Waters team up in the outfield should be mouth-watering for fans. Adell is a five-tool threat for the Angels with plus grades for his power, run, arm and fielding tools and an above-average overall bat, while Waters has impressive speed with a solid bat as a switch-hitter. Both are capable of playing all three outfield spots.

Varsho is a unique catcher for the D-backs in that he marries a solid bat (.899 OPS at Double-A Jackson in 2019) with impressive speed for the position (21 steals). He may someday move from behind the plate to another position, and indeed, he's listed as a catcher/outfielder on the U.S. roster.

Howard is the only Top-100 pitching prospect to make the cut. The Phillies righty sports a mid-to-high 90s fastball and earns average to above-average grades for his slider, curve and changeup. He threw only 71 innings during the regular season and could use the Premier12 tournament as another chance to make up for lost time.

Howard, Adell and Bohm are all currently playing in the Arizona Fall League and were named to the rosters for Saturday's Fall Stars Game.

The Premier12 tournament represents a chance for the U.S. to qualify for the 2020 Olympics in Tokyo. The U.S. will compete in Group A with the Dominican Republic, Mexico and the Netherlands in Guadalajara with the top two teams moving on to the Super Round in Japan from Nov. 11-16. The top finisher from the Americas and the top finisher from Asia/Oceania will join the already-qualified Japan and Israel in the Olympics. The other two countries for the six-team Olympic tournament will be set in March 2020, meaning the U.S. will have another crack if it can't qualify at Premier12.