Keller reverts to form for Indianapolis 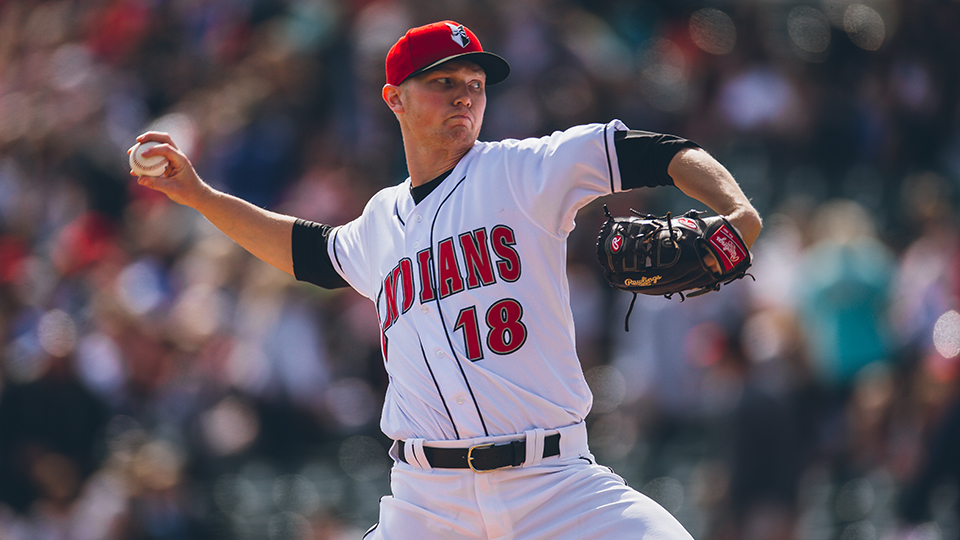 Mitch Keller has racked up 96 strikeouts across 82 innings in the International League this year. (Dave Wegiel/MiLB.com)

Mitch Keller didn't get off on the right foot to start July, but he turned things around in a hurry in his second start of the month.

Keller (7-3), who made three starts with the Pirates over two stints in the Majors in May and June, dominated when he took the ball in the International League in June. In four starts for the Indians, the right-hander sported a 1.54 ERA with a 0.99 WHIP and 26 strikeouts across 23 1/3 innings. The strong season to date for MLB.com's No. 17 overall prospect earned him a Triple-A All-Star Game nod, though he did not pitch with his spot in the rotation coming up Thursday.

In his last outing against Toledo on July 4, Keller hit a stumbling block when he allowed six runs on nine hits -- including a long ball -- over 5 2/3 frames.

But the 23-year-old was no worse for the wear coming into his outing against the Clippers. He tossed 63 of 100 pitches for strikes while facing four over the minimum. This start marked the seventh time in the Minors this season that Keller completed at least six innings.

"I have to go out there every start and perform," Keller told MiLB.com in June. "Doesn't really matter what happened in the last one. I could've went one inning or I could go complete game, perfect game. I still got to go out the next game and do the best that I can."

Things for the 2014 second-round pick could've spiraled quickly in the first inning when No. 22 Indians prospect Daniel Johnson laced a leadoff double to center field and No. 11 Yu Chang followed with a walk. After a mound visit, Keller rebounded to get Ryan Flaherty to ground out to first before Trayce Thompson bounced into an inning-ending double play.

Columbus put two more runners on in the third when Eric Stamets walked and Johnson singled, but the Iowa native struck out Chang and Flaherty to stop things there.

Keller set down nine of the last 10 batters he faced to close out the outing and lower his ERA to 3.07.

The game was scoreless into the seventh, but the Indians posted five runs in the frame to grab the lead. Chang and Max Moroff went deep to pull the Clippers within a run in the eighth and loaded the bases in the ninth, but lefty Jake Brentz worked out of it to notch his seventh save for Indianapolis.