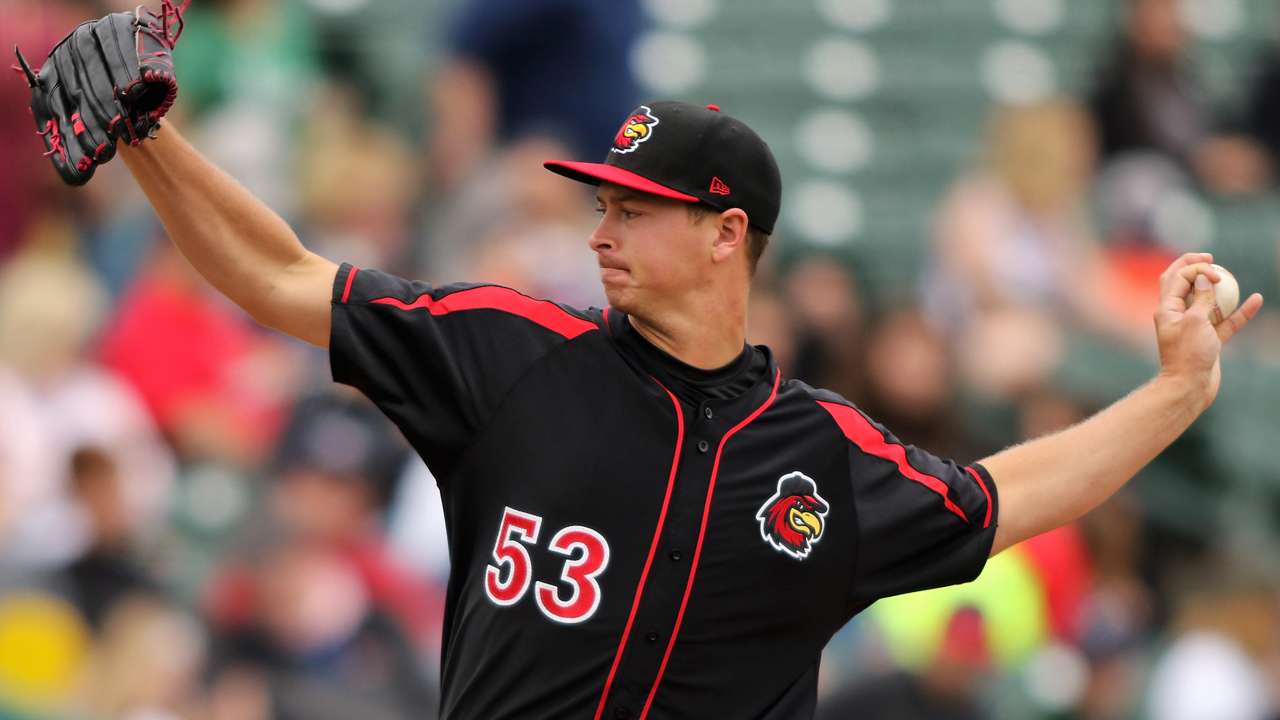 On May 1, Stephen Gonsalves twirled his best start of the season in his 2018 Triple-A debut. Five days later, he was nearly as good. Put them together, and the result is the first Pitcher of the Week recognition of the year for the Twins lefty.

Minnesota's No. 3 prospect went 2-0 with a 0.63 ERA, allowing just four hits and one run while striking out 14 against only two walks in his first 14 1/3 Triple-A innings this season to earn International League recognition for the award period of April 30-May 6.

Gonsalves' Opening Day assignment to Double-A Chattanooga came as somewhat of a surprise, given that the southpaw dominated the level in parts of the 2016 and 2017 seasons. Combined over 28 Southern League starts entering this year, Gonsalves had gone 16-4 with a 2.28 ERA 161 2/3 innings, striking out 185 in that span. In a four-start return to Double-A, Gonsalves proved he'd conquered it, going 3-0 with a 1.77 ERA to begin the season. At Triple-A, baseball's No. 77 overall prospect has been even better.

In his first Rochester outing, Gonsalves pitched into the eighth inning and allowed just one hit, striking out five with one walk in the Red Wings' 2-0 win at Pawtucket. Over 7 2/3 innings, the 23-year-old fired 92 pitches, 55 of them for strikes, and got eight outs in the air versus five on the ground.

"I was excited to get back up with this group of guys and show them what I have and get through my game and pitch and show who I am," Gonsalves told MiLB.com after the start.

On May 6, Gonsalves retired the first 14 Lehigh Valley hitters he faced before running into his only trouble of the week. Mitch Walding belted a solo homer to right field to break up Gonsalves' perfect game bid, and Joey Meneses followed with a double to left. Rochester's starter bounced back to retire the next four he saw and six of his last eight before exiting, on the way to his second win. Gonsalves struck out nine Sunday while walking just one and allowing one run on three hits.

This week's award is Gonsalves' first such recognition since being named Southern League Pitcher of the Week back on Aug. 21, 2016.

Below is the complete list of Minor League Pitchers of the Week for April 30 to May 6: