Veteran exec Ellis to step down from role after seven years 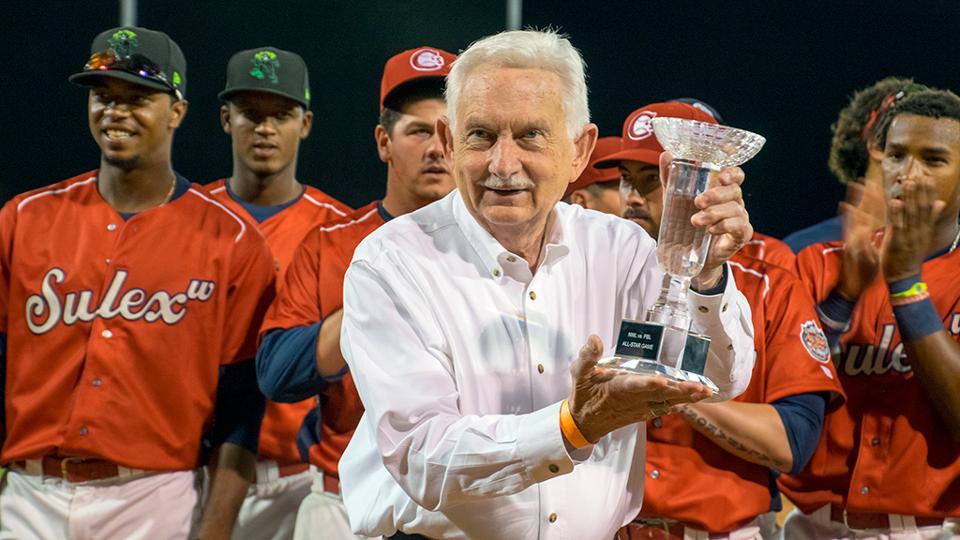 HILLSBORO, Ore. -- President of the Northwest League Mike Ellis announced he will retire as of December 2019. Ellis, who has been in the role since 2013 and whose involvement with Minor League Baseball spans more than 25 years, is choosing to step down from his position after a well-led career in the business.

"I have enjoyed my time as president of the NWL and I am sure I will miss it more than I anticipate," said Ellis.

Ellis' experience in baseball includes owning three different baseball franchises, serving as the vice president of two leagues, serving a term on the MiLB Board of Trustees and as a member of MiLB committees.

Ellis, in his late 70s now, feels this really is his "time to retire."

"My hope is to spend some time with Judy, my wife of 54 years, doing some things we have always wanted to do. We just have never been able to find the time, particularly in the summer," said Ellis.

Even with the announcement of Ellis' retirement, the legacy of the Ellis family and MiLB will continue.

"I appreciate the support of everyone associated with the Northwest League and Minor League Baseball during my past seven years as president," said Ellis. "I thank the Northwest League for the opportunity to be part of a premier league with quality people operating in special cities."

Ellis will officially step down as of December 31, 2019. The league will begin interviewing candidates for a new president whose term would begin in 2020. Interested applicants may view the job posting and read about the open position here.