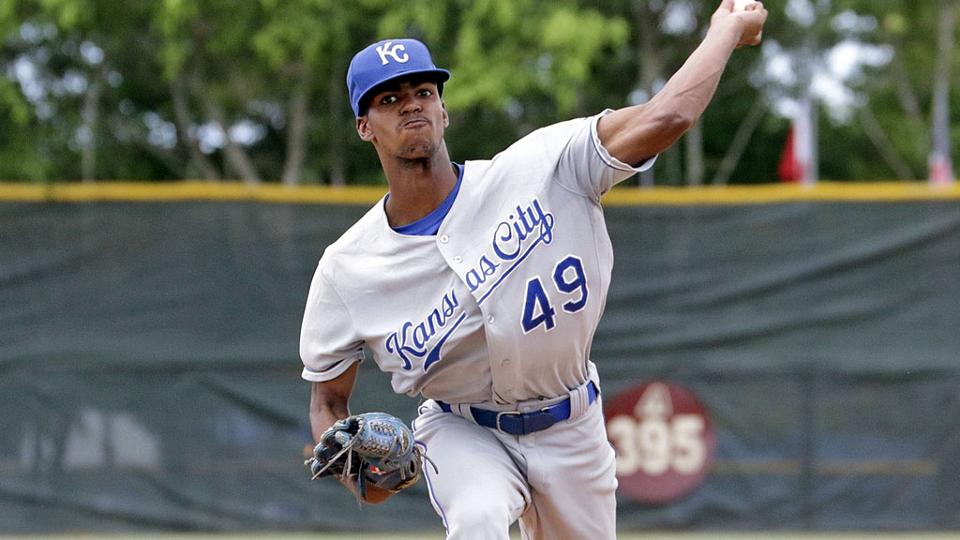 Luis Cepeda struck out eight of the 17 batters he faced in the championship-clinching game. (DSL)

Luis Cepeda was dominant into the fifth inning and Jaswel De Los Santos' based-loaded walk forced home the game's only run as the DSL Royals 1 edged the DSL D-backs 2, 1-0, to win the Dominican Summer League Championship on Sept. 6.

Cepeda struck out eight, walked one and held the D-backs to a pair of hits over 4 1/3 innings before Daniel Vitriago whiffed six over 3 2/3 frames to pick up the win in relief for Kansas City's DSL affiliate. Luis Villar worked the ninth for the save.

The DSL Royals 1 were one of four Kansas City affiliates to win a crown in the Minors this season, joining Class A Advanced Wilmington, Class A Lexington and Rookie Advanced Idaho Falls.

The Royals scored their run in the top of the fourth inning without a hit. Rothaikeg Seijas reached on an error with out one, Guillermo Quintana grounded into a fielder's choice at third and Arizona pitcher Jose Alcantara walked Jose Freites to load the bases for De Los Santos, who also drew a free pass.

Alcantara threw 4 1/3 scoreless frames in relief, striking out four. Luis Mendoza started for the D-backs and went 2 2/3 innings before Carlos Meza (1-1) walked three and suffered the loss over one inning.