No. 25 overall prospect sidelined with mild strain in lower back 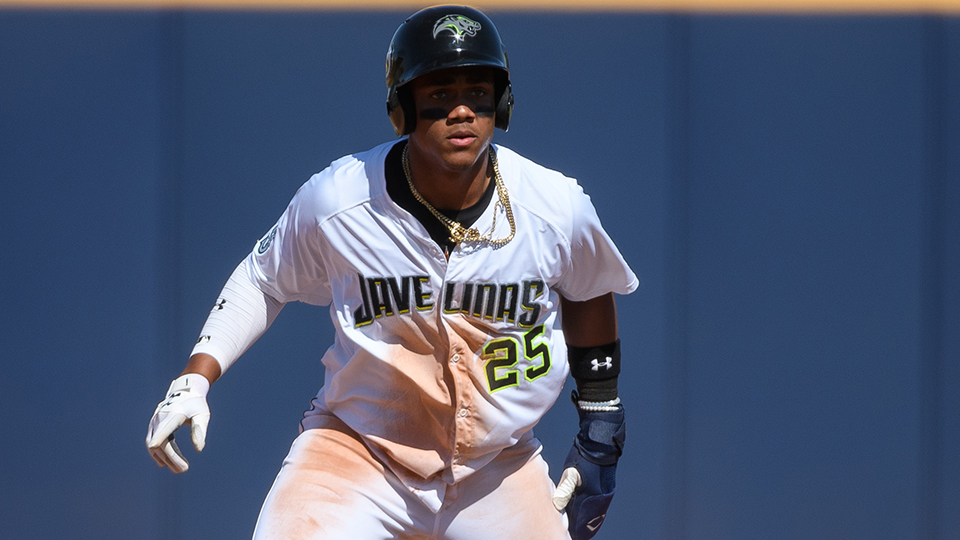 Julio Rodriguez batted .462/.514/.738 in 17 games after he was promoted to the California League. (Jennifer Stewart/Getty Images)

Another top Mariners prospect has been shut down for the rest of the Arizona Fall League season.

Julio Rodriguez -- Seattle's second-ranked prospect -- will miss the final week of the campaign after being diagnosed with a minor lower back strain, MLB.com reported late Saturday. The move comes nine days after top Mariners prospect Jarred Kelenic was pulled from the AFL due to similar back issues.

Neither injury appears to be serious, although the club is exercising caution when it comes to its prized 1-2 prospect punch. Both Rodriguez and Kelenic are under 20 years old and both enjoyed breakout seasons in the Mariners system.

Rodriguez batted .288 with a .762 OPS in 15 games for the Peoria Javelinas. MLB.com's No. 25 overall prospect cranked out four doubles and drove in 10 runs while earning up a spot in last weekend's Fall Stars Game. At 18, he was league's youngest player.

The native of the Dominican Republic missed the first two months of the regular season with a broken left hand but used a huge August with Class A West Virginia to earn a promotion to Class A Advanced Modesto. Across the two levels, Rodriguez compiled a .326/.390/.540 slash line with 12 homers, 69 RBIs and 63 runs scored in 84 games.

"He comes to the field ready to play, he prepares to get quality at-bats, he controls the zone and puts himself in hitter's counts to do damage. And that's just what he's done since the day that he stepped into the California League," Nuts manager Denny Hocking told MiLB.com at the end of August.

Rodriguez is one of 10 finalists for MiLB's Breakout Prospect of the Year Award, which would be a cherry atop his first full professional campaign.