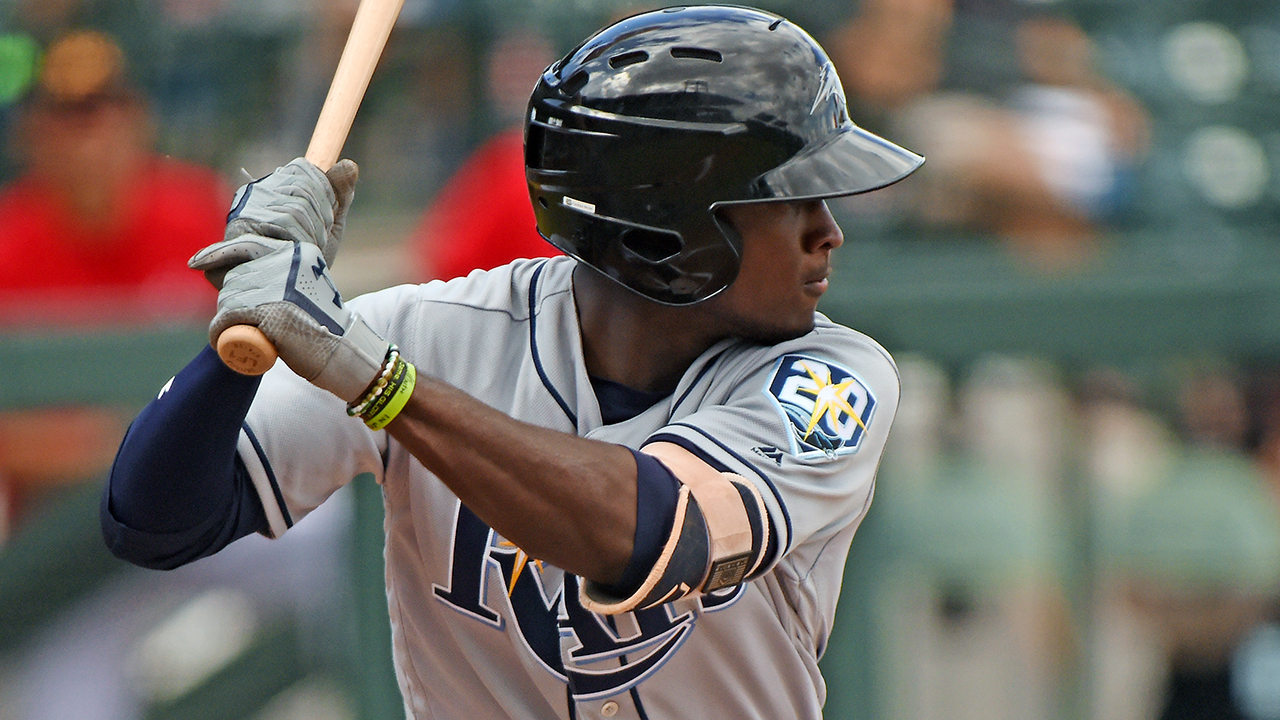 Finishing off a lengthy 2018 in which he played 116 games at two Minor League stops, Lucius Fox is aiming to end his Arizona Fall League trip with the league's hits crown. On Tuesday afternoon, he put himself on the cusp.

Tampa Bay's No. 9 prospect doubled and added two singles to give him 28 hits this fall, one shy of the circuit lead, as Peoria drubbed Mesa, 14-3, at home. Top Brewers prospect Keston Hiura, his Javelinas teammate, tops the league with 29.

Fox started off with a single to center field and added his second knock in the Javelinas' six-run fourth when he reached on a two-out single and subsequent throwing error by Solar Sox third baseman Trent Giambrone, the Cubs' No. 29 prospect. That play brought in two runs, one an RBI for Fox.

With two outs in the fifth, Fox doubled to center, pushing No. 20 Mariners prospect Ian Miller to third base. Both scored on a double by Hiura to finish off a four-run frame and give the Javelinas an 11-1 lead. Fox added a walk in the eighth, crossing the plate on a three-run homer to right by Braxton Davidson (Braves).

Tampa Bay's No. 7 prospect Ronaldo Hernandez added three hits out of the eight hole in Peoria's order in just his third AFL contest. The Javelinas pounded out 13 hits on the way to the win, going 8-for-18 with runners in scoring position.

Atlanta right-hander Jeremy Walker (1-2) allowed an unearned run on six hits without a walk over four frames for his first fall victory.

After being named AFL Pitcher of the Week earlier in the day, top D-backs prospect Jon Duplantier spun his best start of the campaign. The top D-backs prospect allowed four hits and three walks while striking out five in four innings. Third-ranked Arizona prospect Jazz Chisholm provided the away team's offense with a two-run triple. Mets No. 2 prospect Peter Alonso knocked a game-tying two-run double in the seventh and Austin Listi (Phillies) followed with an RBI single. Gameday box score