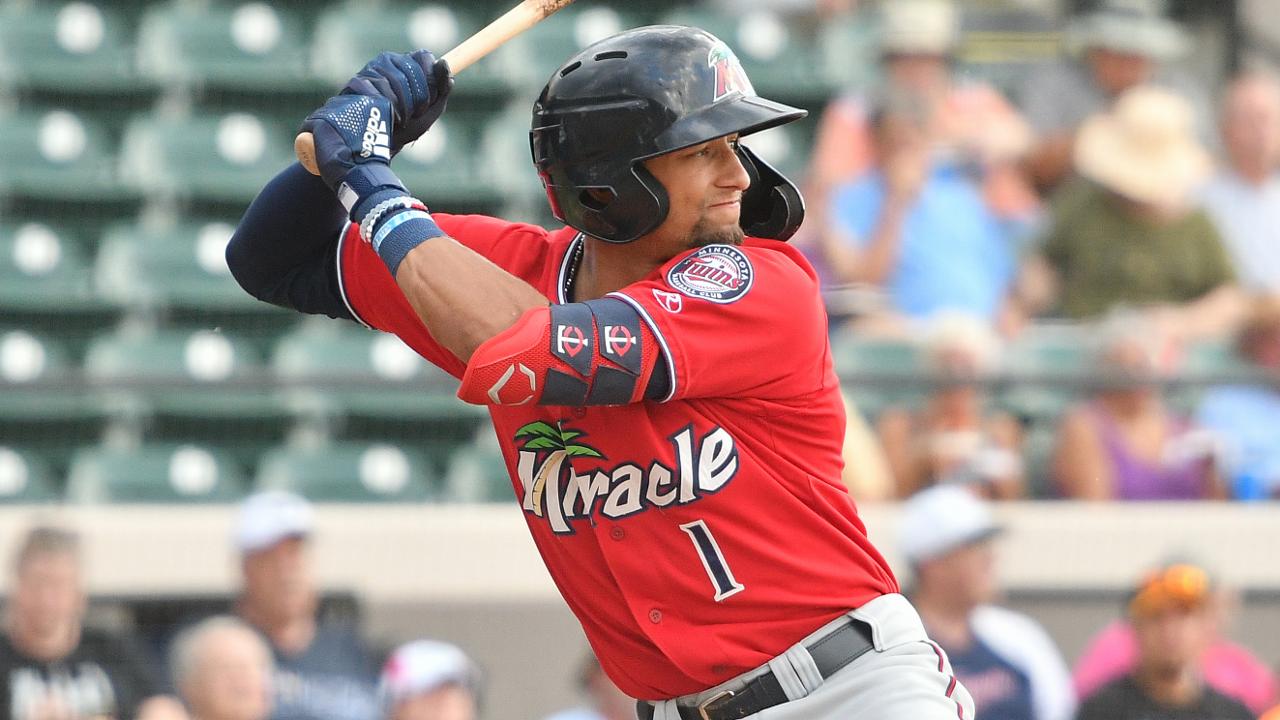 Royce Lewis rejoined the Florida State League on Monday after a three-day excursion to Cleveland for the All-Star Futures Game. After just three games back with the Miracle, he's making it clear why he earned that trip.

The Twins' top prospect went 2-for-5, scored three runs and homered in his second straight game to help power Class A Advanced Fort Myers to a 7-6 victory over Daytona in 12 innings on Wednesday at CenturyLink Sports Complex.

Lewis wasted no time making his impact offensively. After singling to center off starter Mac Sceroler in his first at-bat, he stole second base and watched as the throw from catcher and Reds No. 22 prospect Hendrik Clementina sailed over him into center field. As he raced to third, No. 21 prospect Andy Sugilio misplayed the ball in center field, allowing the speedy Lewis to pedal his way all the way home and score the game's first run.

After reaching on an error in the fifth, MLB.com's No. 7 overall prospect then came up in the fifth against Sceroler and worked a full count. The right-hander eventually left one down the middle to Lewis, who made him pay by depositing it over the fence in left to score Michael Davis and mark his eighth homer of the year.

Lewis now carries a line of .239/.288/.373 on the season. It's been an adjustment for him since climbing to the Class A Advanced level, as he hit just .255 with the Miracle to end last season after posting a .315 figure in 75 games with Class A Cedar Rapids. He's not taking it hard, however -- he knows the highs and lows are just part of the game, and acknowledges that if he continues to put in the work and stay the course, clearer skies will soon emerge.

"Sometimes when things are going bad, it's really tough to stay within your approach," Lewis told MiLB.com last week. "You hit the ball hard, but right at someone and they catch it. It's just baseball. But I've been working really hard with the hitting coaches and some other instructors here."

Lewis' efforts gave early run support to Edwar Colina, who turned in his second straight scoreless start. The 22-year-old allowed just three hits and striking out eight while walking none in seven frames.

Colina (4-2) has now thrown 20 2/3 consecutive innings without surrendering an earned run, including an eight inning, one-hit effort against Clearwater exactly one week ago. His ERA sits at 2.34 through 10 starts, as he opened the season on the Injured List.

"I hurt my back lifting weights and I was shut down for a while," Colina told MiLB.com following that gem. "I didn't want to push too hard and make anything worse, so we went slow. But ever since I came back, I feel amazing."

The Miracle squandered Colina's chance at picking up the win in the ninth, when the Tortugas plated four runs in the top of the inning to tie the game at 5-5 and soon send the game to extra innings. With one out in the bottom of the 12th, Fort Myers' Ryan Costello was intentionally walked to place runners at first and second with designated runner Gabriel Maciel (No. 25 prospect) in scoring position.

The game appeared to be heading to another inning when Trey Cabbage bounced a grounder to short and Jose Garcia (Reds No. 5 prospect) threw to Alejo Lopez to initiate the double play. Lopez bobbled the ball, however, dropping it just briefly enough to let Cabbage reach first and Maciel, who never stopped running, to zip his way across the plate and score the winning run.

Twins No. 4 prospect Trevor Larnach went 3-for-4 with a double and run scored for Fort Myers, and Cabbage drove in three with a bases-clearing double in the eighth inning. Calvin Faucher (2-2) earned the win after tossing two perfect innings of relief.