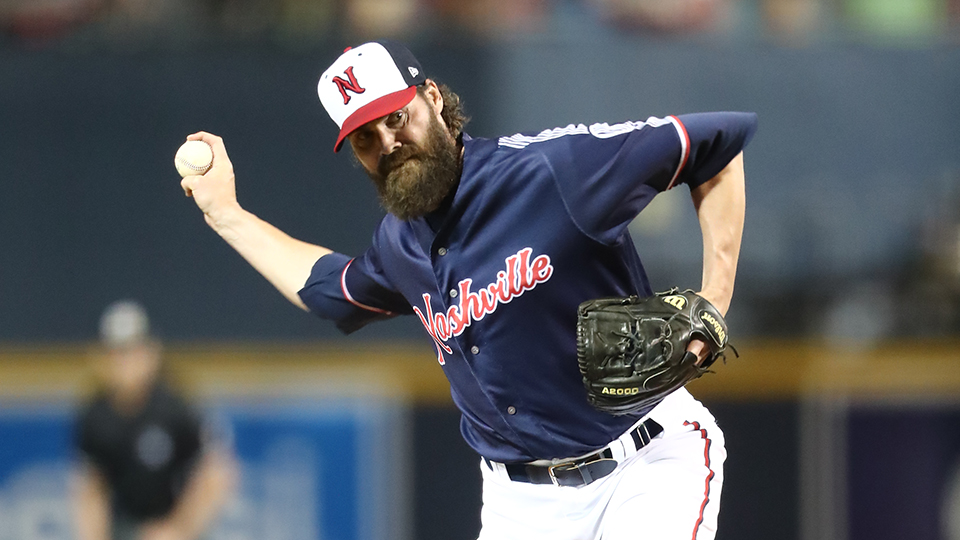 METAIRIE, LA - The Nashville Sounds broke a 1-1 tie with a 10th-inning rally on Saturday night and beat the New Orleans Baby Cakes 4-2 at the Shrine on Airline to even the three-game series. Tim Dillard, Locke St. John and David Carpenter combined to allow just one earned run, and Juremi Profar and Jose Trevino delivered run-scoring hits in the extra frame to lead the offense.

The Sounds had runners at second and third against Kyle Keller in the 10th when Profar singled to right to score Scott Heineman. Then Trevino laced a double off the wall in left to plate two more and put the Sounds ahead 4-1. Carpenter gave up an unearned run in the bottom of the 10th and needed just six pitches to retire the Cakes for his league-best 18th save.

Dillard turned in his third consecutive quality start and his fourth in as many outings against New Orleans this season. He pitched 7 2/3 innings, the longest outing by a Sound this year, and gave up one run on two hits on a season-high 106 pitches. Heineman had blasted a home run to left in the fourth to give the Sounds a 1-0 lead, and Dillard's only run allowed came in the fifth. After two controversial calls in the top of the ninth inning went against the Sounds, the game stayed tied 1-1. Then St. John got out of a bases-loaded jam in the bottom half to force extras and eventually record the victory.