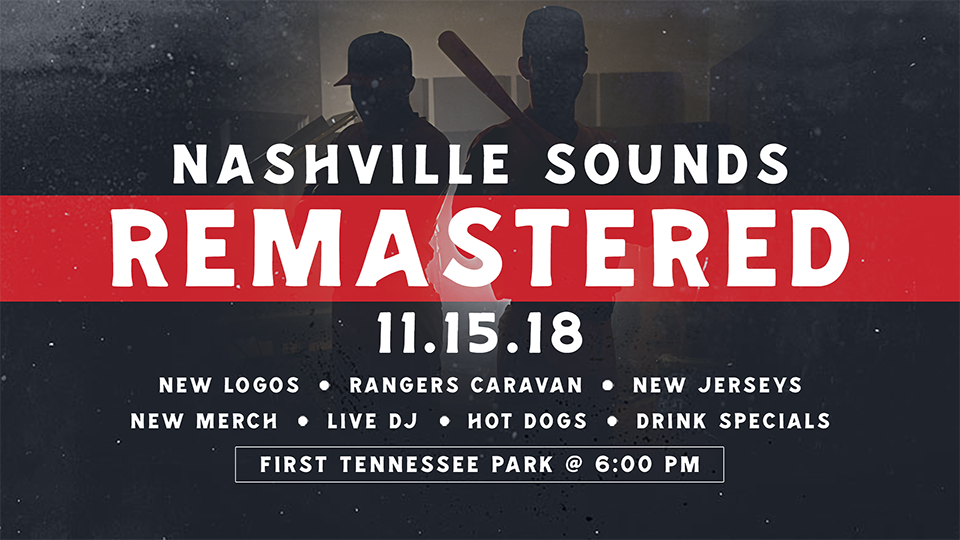 The Nashville Sounds Baseball Club has announced its "Remastered" release party for Thursday, November 15 at First Tennessee Park, coupled with a visit from the Texas Rangers Winter Caravan.

The free event begins at 6:00 p.m. and will feature a runway fashion show unveiling four new uniform sets (home, road, two alternates) and merchandise. Rodriguez, Kiner-Falefa and Calhoun will participate in a brief Q&A session before signing autographs for fans.

Rodriguez was elected to the National Baseball Hall of Fame in 2017 after a 21-year playing career spent mostly with Texas. Kiner-Falefa and Calhoun - both 23 years old - are considered franchise cornerstones for a young Rangers team.

The Winter Caravan stop by the Rangers is the first in Nashville by a Sounds affiliate in more than 20 years.

Packed with new merchandise, the Sounds Pro Shop will open immediately after the runway fashion show. Fans will also be able to participate in an interactive photo booth and enjoy food and discounted drink specials at First Tennessee Park.

Rodriguez, Kiner-Falefa and Calhoun will be available for media interviews at 5:30 p.m.

The 42nd season of Nashville Sounds baseball begins on Thursday, April 4 when the Nashville Sounds host the Iowa Cubs at First Tennessee Park. Season ticket memberships are available now by calling (615) 690-4487 or by visiting www.nashvillesounds.com.