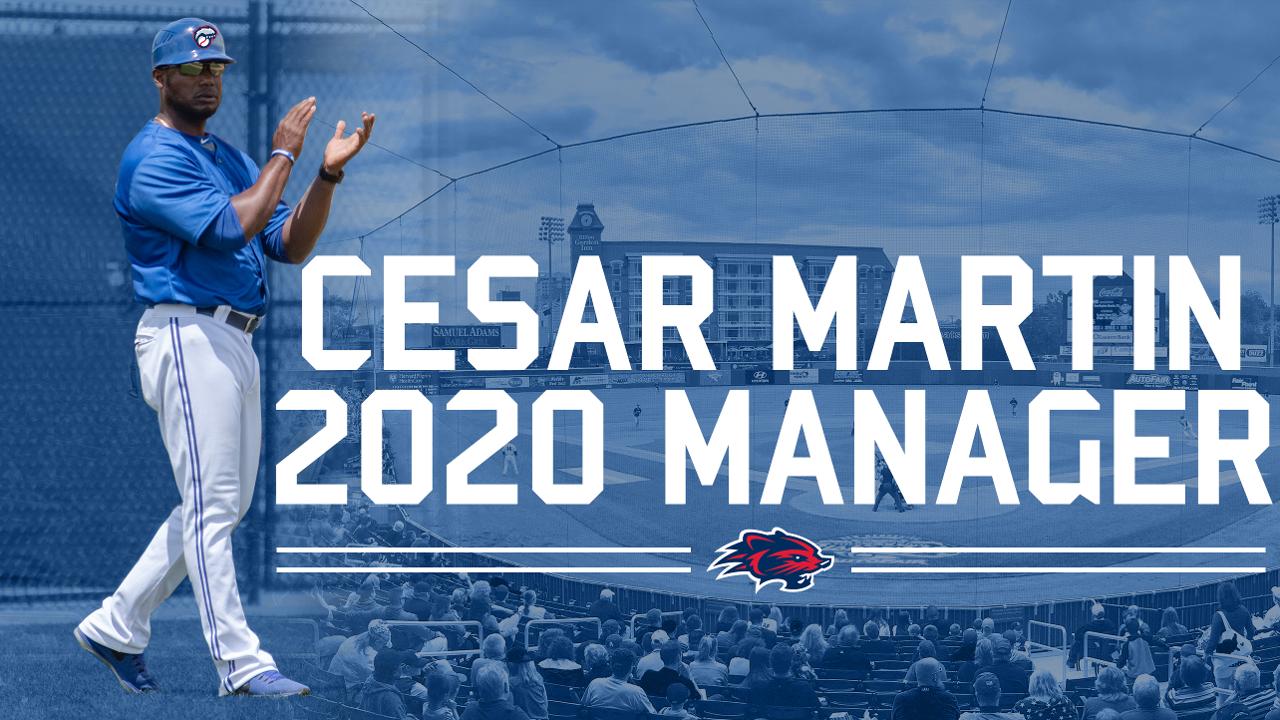 Manchester, N.H. - The Toronto Blue Jays have announced that Cesar Martin (pronounced: SAY-zar Mar-TEEN) will be the new manager of their Double-A affiliate, the New Hampshire Fisher Cats.

Martin, 40, was named 2019 Florida State League Manager of the Year for his work at the Advanced-A level, leading the Dunedin Blue Jays to a record of 80-55 last season. The D-Jays won the first half and second half championships in the Northern Division, and will likely send several players to New Hampshire in 2020.

Following the 2019 season, Martin was named manager of the Scottsdale Scorpions in the prestigious Arizona Fall League, where he worked with Fisher Cats infielders Cullen Large , Logan Warmoth , and Kevin Smith .

Like 2018 Fisher Cats manager and current Blue Jays major league coach John Schneider, Martin has steadily risen through the Blue Jays organization over the last few years. He managed the Class-A Lansing Lugnuts for two seasons, and earned a promotion to Dunedin after an 80-60 campaign in 2018.

Martin, the 11th manager in Fisher Cats history, played for four years in the Blue Jays farm system (1999-2002), primarily at third base. He managed the Blue Jays Dominican Summer League team in 2012 and 2013, then served as hitting coach for the Rookie-Level Bluefield Blue Jays in 2014.

The Fisher Cats open the 2020 season with a six-game road trip, starting in Reading against the Fightin' Phils (Philadelphia Phillies) on Thursday, April 9. The home opener will be on Thursday, April 16 at Delta Dental Stadium at 6:35 p.m. against the Hartford Yard Goats (Colorado Rockies). Opening Night festivities include a spectacular postgame Atlas Fireworks show. For tickets and information, visit NHFisherCats.com.