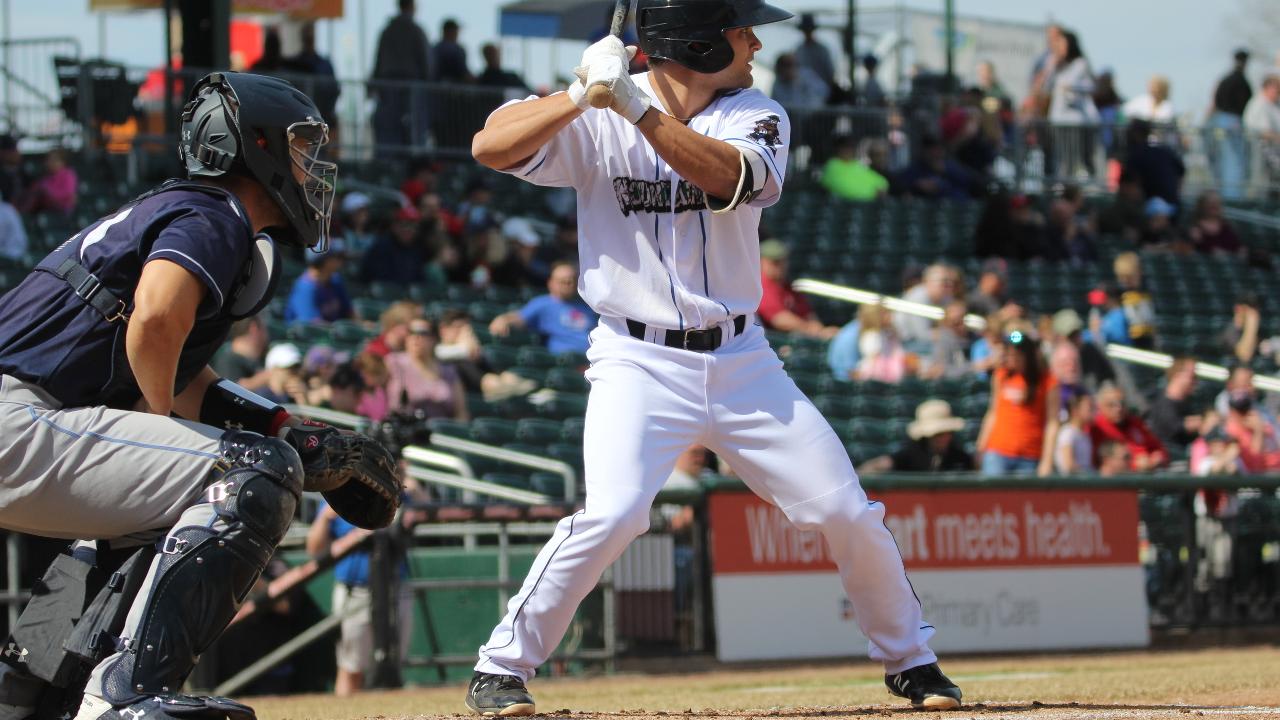 Vinny Capra drove in New Hampshire's only run on Sunday.

Joey Murray  (L, 2-3) held Binghamton scoreless in five of his six innings, but the Rumble Ponies scored four runs in the third to put the game away early.

Two batters after Quinn Brodey started the scoring with an RBI double, All-Star catcher Pat Mazeika launched a three-run homer over the right field fence to give Binghamton a 4-0 lead.

Brodey added a solo shot in the seventh to extend the advantage to 5-0. It was the only hit Corey Copping  allowed in two relief innings. Dany Jimenez  extended his scoreless streak to 12.1 frames after striking out the side in the ninth.

New Hampshire was held to just four hits in 7.1 innings against starter Zach Lee (W, 4-1), but scored in the eighth inning on an RBI infield single from Vinny Capra .

Due to the loss and a win by the Reading Fightin Phils (Philadelphia Phillies), the Fisher Cats are now 8.5 games out of first place with eight games to play, eliminating them from playoff contention.

The final home series of the season starts on Monday, with the Trenton Thunder (New York Yankees) coming to Delta Dental Stadium for four games. For tickets and information, visit NHFisherCats.com.