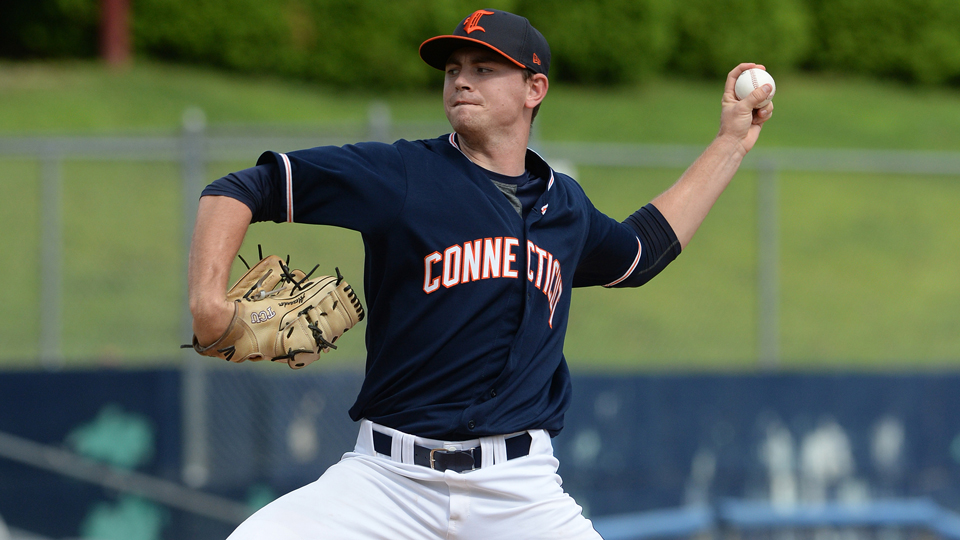 Connecticut's Tyler Alexander has a 0.82 ERA in his first seven starts as a professional. (Kevin Pataky/MiLB.com)

With the 2015 First-Year Player Draft just a few weeks in the rearview mirror, plenty of selectees already are well on the way to making names for themselves with standout performances in the New York-Penn League.

The Class A Short Season circuit's All-Star Game rosters were announced Saturday, and the teams feature no fewer than 22 selectees from the Draft -- 10 on the North squad and 12 on the South. One international player, Orioles shortstop prospect Ricardo Andujar, made the South team in his first season in the United States.

The New York-Penn League midseason classic will be played on Aug. 18 at Aberdeen's Ripken Stadium.

Connecticut Tigers duo Tyler Alexander (second round) and Drew Smith (third round) are the highest picks selected for the North, while Yankees outfield prospect Jhalan Jackson (seventh round) is the top pick on the South side.

The Williamsport Crosscutters, who have a six-game lead atop the Pinckney Division, are sending a league-best eight players to the All-Star Game, while Connecticut and Tri-City boast seven All-Stars apiece.