Lux Named PCL Player of the Month For July 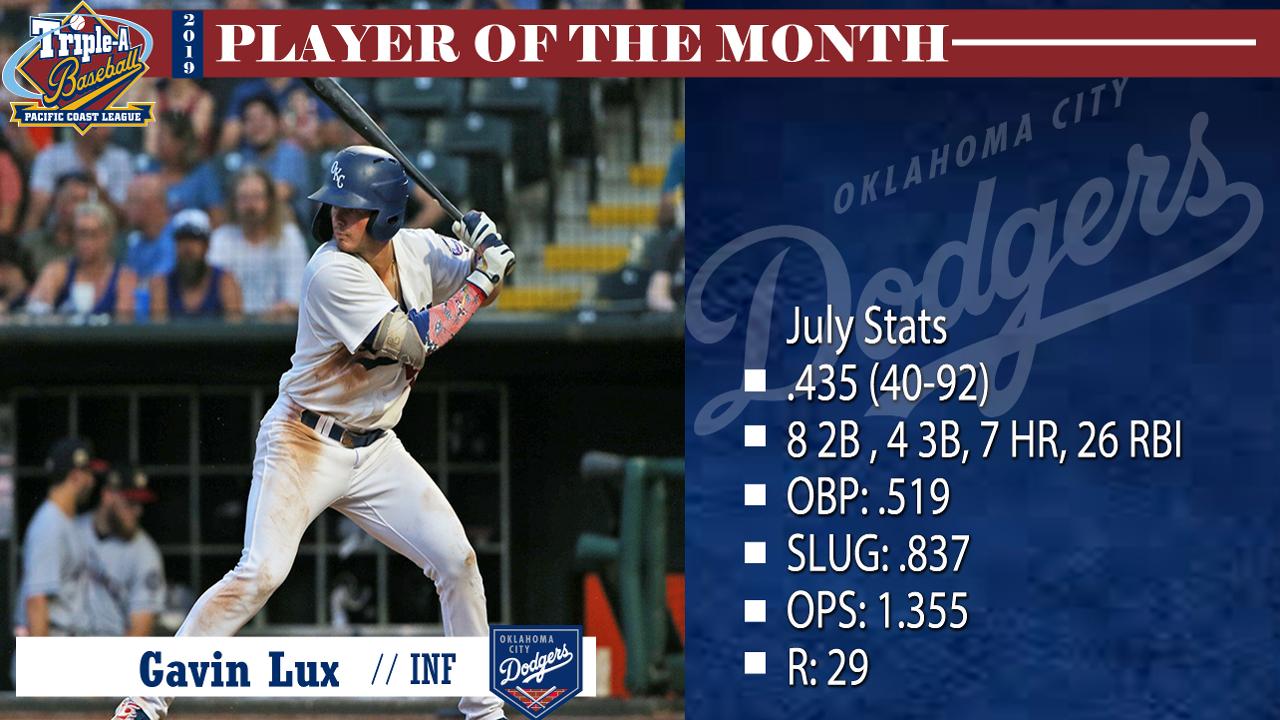 The Pacific Coast League announced Tuesday that Oklahoma City Dodgers infielder Gavin Lux has been named the league's Player of the Month for July, following a vote of the League's field managers. Lux, along with winners from other leagues, will be presented with an award from Minor League Baseball and Uncle Ray's Potato Chips in recognition of his performance for the month. Uncle Ray's Potato Chips are the official potato chip of Minor League Baseball.