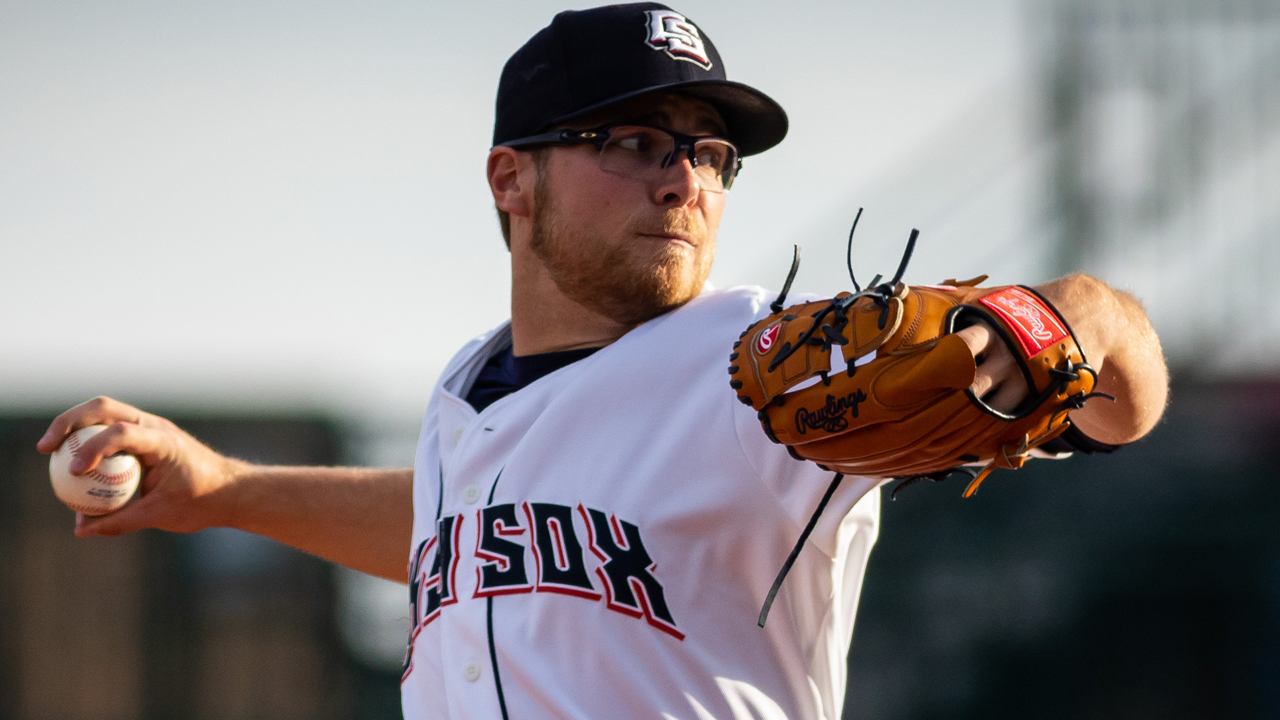 Corbin Burnes started his first 13 Sky Sox outings of the year, but has pitched in relief in his last six appearances. (Bobby Stevens/MiLB.com)

Already leading the National League Central Division, the Brewers are attempting to break from the pack like a team at the Tour de France.

Milwaukee has called upon No. 2 prospect Corbin Burnes for the first time. The right-hander has made 19 appearances (13 starts) for Triple-A Colorado Springs this season, posting a 3-4 record with a 5.15 ERA and will join the bullpen, according to MLB.com's Adam McCalvy. The Brewers also recalled catcher and first baseman Jacob Nottingham, their No. 25 prospect.

Burnes, baseball's No. 56 overall prospect, started his first 13 outings this year, but has come out of the bullpen for his most recent six appearances. The native of Bakersfield, California, went 3-4 with a 4.96 ERA in 69 innings as a starter. Since shifting to a relief role on June 18, Burnes has recorded a 6.52 ERA in 9 2/3 innings, striking out 10 while walking two.

Pitching at home in one of the most hitter-friendly environments in the Minor Leagues, Burnes sports a 7.24 ERA in nine games (six starts). Away from Colorado Springs, he's put up a 3.69 mark in 10 outings (seven starts), limiting opposing hitters to a .244 average compared with .315 in in home games.

Burnes is in just his second full season since being selected out of St. Mary's College in the fourth round of the 2016 Draft. In 26 starts between Class A Advanced Carolina and Double-A Biloxi last year, the right-hander went 8-3 with a 1.67 ERA, striking out 140 and registering a 0.95 WHIP in 145 2/3 innings.

Nottingham made his Major League debut on April 16 and played in three games with the Brewers and has seen action in 45 contests for the Sky Sox. While working primarily behind the plate, the 23-year-old has batted .303/.368/.570 with 10 homers. The native of Redlands, California, was a sixth-round pick of the Astros in 2013. Nottingham was traded from Houston to Oakland in July 2015 before being dealt to Milwaukee the following February.

The Brewers headed into Sunday's play leading the Cubs by 1.5 games and Cardinals by 6.5 games in the NL Central.