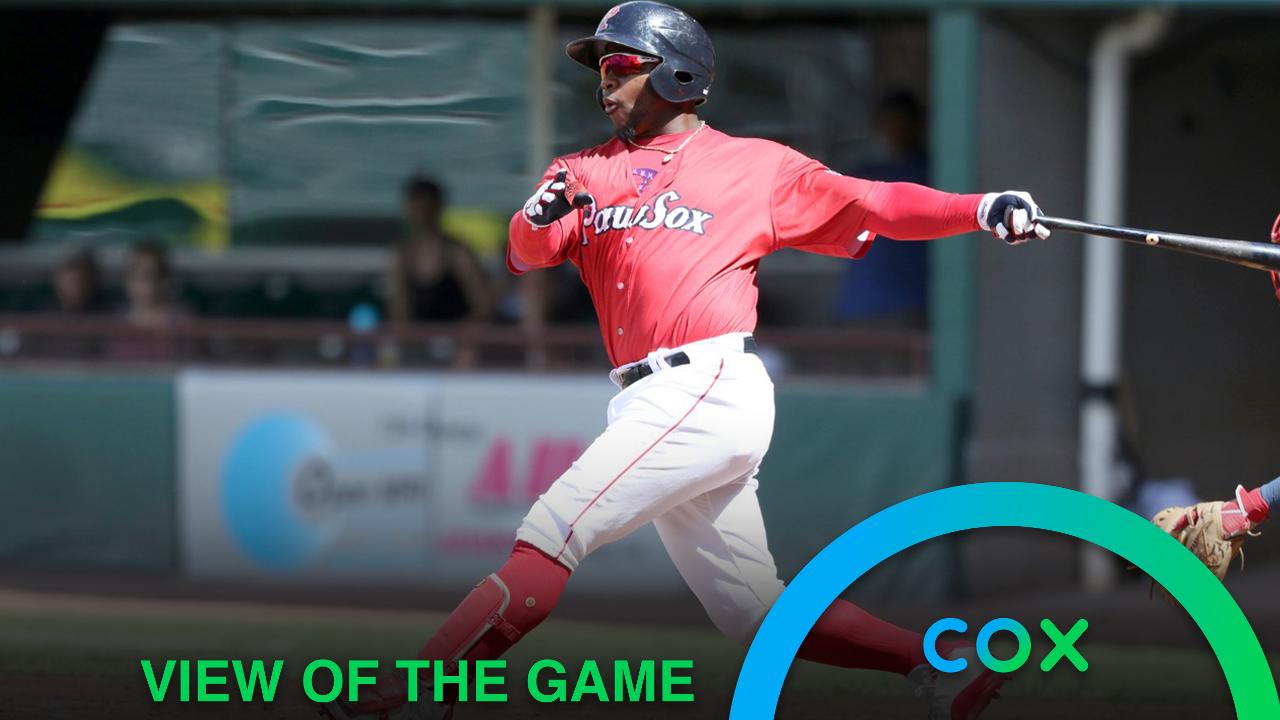 PAWTUCKET, R.I. - Dan Straily and Connor Brogdon combined to retire the final 19 batters in a row, as the Lehigh Valley Iron Pigs (66-73) topped the Pawtucket Red Sox (58-81) on Sunday at McCoy Stadium by a 5-3 final.

Straily, who faced the Red Sox twice with the Baltimore Orioles this season, limited the PawSox to two earned runs over his eight innings of work. The right-hander retired 16 in a row from the end of the third inning through the eighth inning.

The PawSox are now 2-6 on this homestand, and four of those six losses have come in the opponent's final at-bat.

Pawtucket scored a run in the first inning on an RBI single from Rusney Castillo. They plated a second run in the frame when Bobby Dalbec drove in C.J. Chatham with a fielder's choice.

Castillo drove in a second run in the third inning on a double down the third-base line to make it 3-0. The 32-year-old now has 128 hits on the season, which is the ninth-best mark in the International League.

The Iron Pigs tied the game at three in the fifth thanks to a sacrifice fly from Ali Castillo.

The game remained tied until the ninth inning. Matt McBride brought in the go-ahead run with a double down the left-field line. They added another on Malquin Canelo's bunt single.

Making his first start this season with Pawtucket, left-hander Daniel McGrath hurled seven innings, allowing only three runs on six hits. McGrath, who was called up from Portland It was the 10th straight start overall in which McGrath pitched at least six innings.

The PawSox play their final game of the season tomorrow at 1:05 p.m. The game will be televised live on Charter TV3. Radio coverage on WHJJ (920 AM and 104.7 FM) and throughout the PawSox Radio Network begins with the pre-game show at 12:35 p.m.

As has been the case throughout this homestand, the PawSox will once again admit for free children 16 and under. They'll also let "kids run the show." Parents also have the option to partake of a new "End of Summer Family Bargain" in which they each receive a General Admission ticket, $2 in loaded value (good for food, beverage, or merchandise), and a PawSox cap, all for $12 (a $26 value).