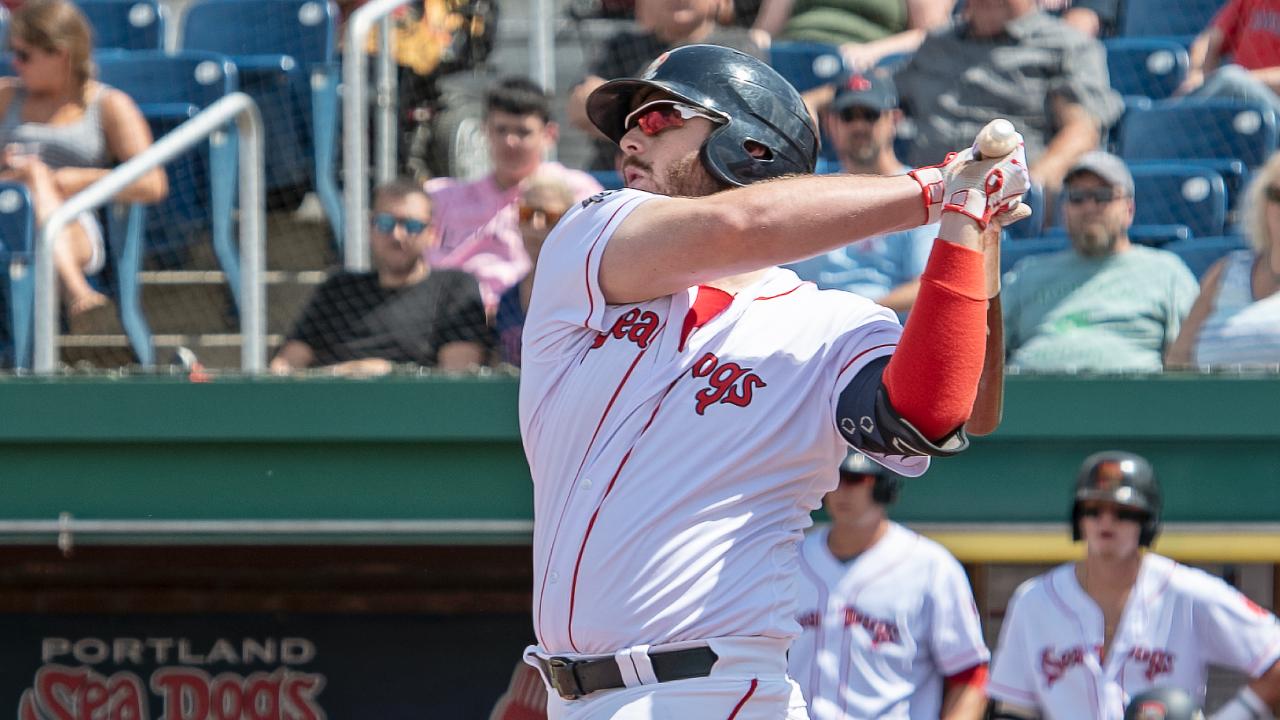 Game 1 Recap
Portland scored three times in the first inning and held on for a 5-3 win. Binghamton rallied for three runs in the seventh inning, but Dedgar Jimenez induced a 6-4-3 double play to end the game. LHP Daniel McGrath (W, 7-1) worked 6.1 innings on five hits, three runs (one earned) three walks, and seven strikeouts to earn the win.

In the first inning, the 'Dogs had four hits off losing pitcher RHP Tony Dibrell (0-8). Jarren Duran (2-for-4) led off with a single and scored on Marcus Wilson's double. Joey Curletta provided the power with a two-run homer (#9).

Portland added two runs in the fifth inning on a sacrifice fly by Curletta and an RBI single by Brett Netzer.

In the seventh, Binghamton scored three times. Cody Bohanek reached on a run-scoring fielder's choice to end McGrath's night. Jimenez allowed a two-run single to Andres Gimenez but got Austin Bossart to hit into a double play to end the game.

Portland scored their lone run in the second inning against losing pitcher RHP Yeizo Campos (0-1). Joey Curletta led off with a double and scored on a run-scoring single from Brett Netzer.